In 2012, all Keith Linder and his girlfriend Tina wanted, was to enjoy their newly rented house in Bothell, Washington. A suburb near Seattle, Keith was employed as a software engineer with Microsoft at their headquarters and enjoying all the area had to offer in terms of leisure. Everything was a total living dream for him and Tina, starting what should have been an exciting new chapter in their lives. But instead, they were subject to a pure living hell at the hands of an unseen paranormal entity.

Is the Bothell Hell House Haunted?

Shortly after moving into the somewhat newly constructed home, the first sign of anything suspicious is when household objects such as car keys and silverware began to disappear. Writing off the missing objects as simple misplacements, nothing strange was suspected. Then one evening while watching television, a potted houseplant in a heavy ornate vase, levitated in full view of both Keith and Tina before shooting up into the air and shattering to the floor! Trying to make sense of the plant tumbling, Keith and Tina still dismissed what they saw. Weeks later, thunderous banging sounds began to occur on a regular basis. Descending from the upstairs attic, always at night, it verged on near foundational damage as the sounds were that loud, but no actual damage could be found. At other times upon waking in the morning, Keith and Tina would go downstairs to their kitchen and find every single kitchen cabinet and drawer pulled wide open.

The nightly bangings increased and reaching out, Keith and Tina found some local non-denominational ministers to generically bless the house. After the blessing, a few days passed with no further activity, so to celebrate the new house and job, a housewarming party was thrown. Hours into the party, guests complained of cold spots and being touched or pushed by an unseen force when nobody was around. As the evening ended with only a guest or two in the house and in full view, one of the few remaining plants levitated, flew across the room and smashed to the floor. At this point, Keith and Tina came to the realization that there must be an entity of supernatural origin in the home and it is not willing to leave. After an impromptu sage smudging and Bible quoting session, Lindler soon discovered that, like his keys and silverware, his Bible was now missing as well.

The paranormal activity in the house steadily increased as the weeks went by. Doors were now slamming, and the home began experiencing electrical issues. Worse yet, Keith took a mysterious fall down the stairs, horribly injuring his patella. Shortly thereafter on a Sunday afternoon, all the upstairs light fixtures in the home exploded all at once. Desperate to find any information Keith was able to locate one of the former tenants who used to live in the house. She refused to set foot on the property, but reportedly said, “that house is living Hell”.

Day after day, the attacks increased in frequency and devastation. Keith and Tina began reaching out to paranormal experts in the field. Along came documented paranormal researcher Don Phillips, who was based in the United Kingdom and upon hearing of all the violent and constant activity in the home, was on the first flight out to Seattle. While most previous ghost hunters to the home used seances and spells to help, Phillips relied more on scientific methods that showcased the electromagnetic pulses of paranormal activities within the home. Phillips took upon himself the absolutely monumental and grueling task of staying in the haunted home with his tech team for over two weeks. After all was said and done in the investigation, Phillips and his team walked away with over four hundred recordings of vocal phenomena as well as twenty-eight of them in direct response to questions.

For reasons only known to itself, the entity manifested briefly into the appearance of a middle-aged woman, tired, disheveled, yet angry and nasty looking. The appearances were never captured to video, but still offered no clues as to why they are haunting anyone who lives in the home. Sometimes in 2016, it became all too much for both Keith and Tina to handle, and they decided it was best to end their personal relationship with one another. Both have moved out and Keith currently resides in an apartment near Seattle and reports no ghostly activity has followed him. As for the house? It still stands and was recently occupied. However, the newest tenants say there is still paranormal activity ongoing in the house. 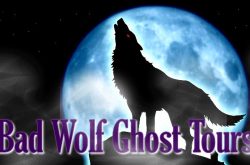 The Ghost Walk explores beautiful historic down town San Antonio, Texas as we journey through the ancient grounds of the Alamo and along the River Walk to… Read more… 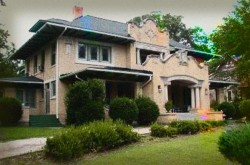