Just off the oyster-consumed Willapa Bay stands the large and luxurious Tokeland Hotel. The estate was built by Elizabeth and William Kindred in 1885 and was opened as The Kindred Inn in 1889, making it the oldest resort in Washington state. The inn is settled close to the Pacific Ocean, making it quite cozy and relaxing for a guest to stay. The staff is friendly and the rooms are clean. The age of the hotel makes it a likely location for a haunting one might say. But almost every guest that has stepped through the doorway has a tale or two about their time there.

Ghosts of the Tokeland Hotel

Charly is the name most likely to come up when asking a guest about their ghostly Tokeland stay. Young Charly’s appearances seem to be quite friendly, nothing more than just mischievous fun. Back in the 1930s, the Tokeland Hotel regularly used a small hidden space behind the fireplace to smuggle Chinese immigrants into Washington. It is likely Charly suffocated in this cramped space. Disturbances such as hovering and wildly spinning plates in the dining room have been attributed to Charly. Although an appearance is rare, some have claimed to have seen his friendly spirit walking throughout the halls and grounds. Another reported spirit said to haunt the estate is a wildcat. It can be seen lurking around the outside of the hotel at night. Hotel owner Katherine White says she does not fear Charly or any other spirits, they just want to have a bit of fun. 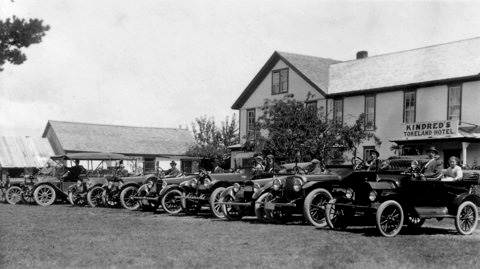 Through the years, Katherine has experienced numerous unusual occurrences in the Tokeland Hotel. She recalls seeing a strange apparition resembling a cumulus cloud hanging in the air. It floated for a few minutes then disappeared without a trace. In another instance, Katherine was locked in an upstairs room for a time. The door swung shut behind her and was locked from the outside; she could see through the crack at the edge of the door where the latch had been thrown. As she fumbled for the light, she found it was not working. After a couple of minutes of groping in the dark, she heard the sound of the latch being unlocked and she was able to leave the small room. She assumes it was Charly, up to no good.

One guest reported that when she was four, she saw a ghostly apparition in the hotel. Years later, she returned and had a terrible feeling of unease when she’d seen the ghost all those years ago. However, no guest has reported any sort of attack so fans of mild ghost encounters will find the Tokeland Hotel an interesting and beautiful stay.

Haunted Rooms of the Tokeland Hotel

The Tokeland Hotel is the oldest resort in WA. Ghosts of a man named Charly and a ghostly wildcat have been reported. Many stories come from the Tokeland. 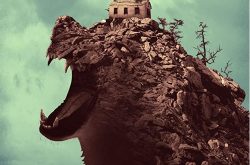 Often called the most haunted place in Vermont, the Green Mountain Inn has a history and a ghost that just won’t give up the dance. Read more… 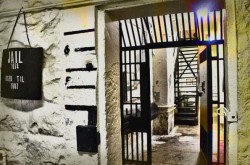 There’s no escaping ghostly apparitions when you stay at the Jailer’s Inn Bed & Breakfast. Read more…