This Requiem is no Dream… It’s a Nightmare! 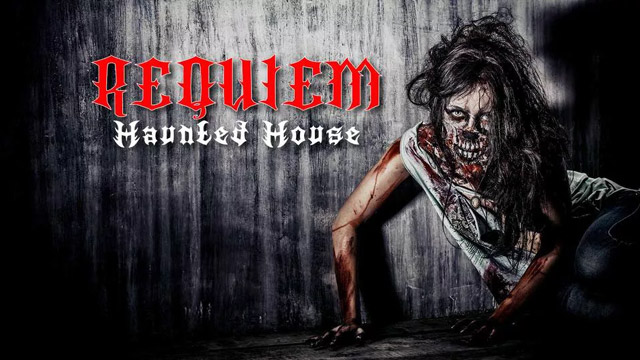 This year’s top haunt for Idaho is considered the largest indoor haunt in Treasure Valley. Located in downtown Caldwell, Requiem Haunted House has grown to a staggering 10,000 square feet of hair-raising revelry. A family-friendly attraction, Requiem is considered appropriate for children 7 years and older. While they promise to scare the daylights out of thrill-seekers, they employ a glowing bracelet system to alert actors to tone down their terror level for kids and reluctant adults.

Requiem supports its community by donating $1 from every ticket sold on specified evenings throughout the Halloween season, and partners with anti-bullying campaign Don’t be a Monster. This year’s other recipients include the Caldwell Fire Department and the College of Idaho swim team.

See all our Haunted Houses in Idaho >>