On the surface of Athens, Georgia is like any southern town. A simple population in a modest county that is known for southern charm through and through. One of the most dynamic aspects of this town is that it is home to the University of Georgia. Considered one of the oldest public universities in the United States, it should also come as no surprise to paranormal enthusiasts that it is also quite haunted as well.

Is the University of Georgia Haunted?

The University of Georgia was founded back in 1785, just years after the Revolutionary War ended. Lyman Hall was a Yale graduate who in addition to signing the Declaration of Independence, was also the founder of the university. Hall was able to secure a grant that enabled over 40,000 acres of land in Athens to be the breeding ground for the state’s premier university. As each year passed, more and more effort was put into the university to acquire even more and bring in more students.

Naturally, during the Civil War, the school had suspended its academic rigors for three years so as to avoid any potential devastation that the horrors of the war brought about to the area. Over the many decades, the university has positioned itself to bring in over $1.2 billion in endowments for a student population that regularly hovers around 38,000. As charming and accomplished as the school looks on paper, it is also home to an array of ghosts.

The Ghost of Alpha Gamma Delta

The Alpha Gamma Delta sorority house is one of the eeriest haunts in the campus area. Prior to serving as a sorority house, the Alpha Gamma Delta mansion was actually home to a wealthy Athens family. William Winstead Thomas is said to have originally built the mansion back in 1896. According to local oral folklore, the mansion was originally intended as a wedding gift for his young daughter Isabel who was soon to be married. However, on the day of the wedding, Isabel was actually stood up and abandoned by her fiancé on this special day. As a result of this, she went back to what would have been her new home and committed suicide via hanging.

Heartbroken as a father, Thomas sold the home off and it changed hands a bit before becoming a sorority house for the university. As a result of her unfortunate death, Isabel’s spirit is said to haunt the Alpha Gamma Delta house in a variety of ways. The most innocuous is her turning the lights on and off at odd times, along with the occasional door opening or closing to its residents. However the most terrifying of these paranormal acts is that some young women who are getting themselves dressed in front of a mirror have seen the reflection of Isabel in the mirror staring back at them! While most believe her spirit is harmless, some paranormal enthusiasts believe her suicide there no doubt left her spiritual impression on the mansion.

The Haunting of Waddell Hall

Waddell Hall is one of the more interesting buildings on campus. Although it currently houses the campus Office of Special Events, this building actually served in a laboratory and dormitory capacity for many of its years. Built back in 1821, Waddell is considered to be the second oldest building on campus and also completely rife with paranormal activity. One of the more popular spirits there is said to be the ghost of a young World War I soldier.

Sometime after the war had ended, this young soldier was lent a room in Waddell by some dormitory friends so he could spend time with his fiancé. At some point, it is believed she was seeing another man and the soldier killed her and then himself. Today, those who have frequented the hall say that mysterious and somewhat loud noises can be heard overhead in areas of the hall were simply no one is. Others have gone so far as to see a flurry of brightly lit orbs streaming through parts of the hall. The presence of orbs ultimately suggests that there is residual energy left from the murder-suicide that has chosen to manifest.

Demosthenian Hall and the Ghost of Robert Toombs

Demosthenian Hall is yet another one of the university’s many haunted buildings. Originally constructed in 1824 this particular hall is one of the absolute oldest on the entire campus. The Demosthenian Debate Society made primary use of the building as it readied itself for upcoming competitions. One of the more ardent debaters was a student named Robert Toombs. Toombs was set to be a speaker at graduation, but was disciplined in a gambling bust on campus and never got the chance. Instead, he gave his speech before one of the university’s largest oak trees. Later he went on to be a Representative as well as Confederate General. However years later, the oak tree was struck by lightning and destroyed and for whatever reason, it was partially moved and reconstructed into a sundial at Demosthenian Hall.

Nowadays, students have long reported seeing the ghostly pale figure of Robert Toombs going up and down the hall in this antiquated building. Loud, plodding footsteps are said to be a warning sign of Toombs drawing nearer to someone in the hall. Other times, students have claimed to be rushed with a certain feeling of dread and unwelcomeness in the hall and feel like it is Toombs ghost telling them to get out and leave him alone! This feeling combined with his ashen and gray spirit being sighted is more than enough to send a Georgia student running for the hills.

Today the University of Georgia is going just as strong as ever, enjoying tremendous academic as well as sports program success. In fact, there are more than one Athens area ghost tours that include many of these stops as well as other hidden paranormal gems on all their tours. The Inn at Jackson 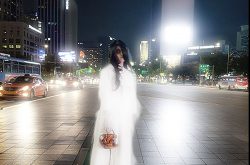 The Dark Side of Seoul

Verify ownership of
University of Georgia