Ghostly voices, shadowy apparitions, and bright flashes are just a few of the features of Battle House Renaissance Hotel in Mobile, Alabama. Here are two of its most popular stories.

A former Mardi Gras king, the story goes that Mr. Butler was caught “dillydallying” with Mrs. Raymond Dyson, his Mardi Gras queen. When her husband and his brother caught wind of the affair, they lured Mr. Butler to room 552 of the Battle House Renaissance Hotel and beat him. They left him in the room to call a lawyer — to prosecute him for the dillydallying — and then the front desk staff.

The front desk staff hurried to the room to assist the injured Mr. Butler, but by the time they got there he was dead, and his ghost has haunted the fifth floor of the hotel ever since.

None of the Crystal Ballroom’s many celebrations ended as tragically as this one. Shortly after a young woman’s wedding in 1910, her husband was called away on some undisclosed business. He promised to return, but loneliness got the better of her. She hung herself from the chandelier.

Hotel guests noticed years later that a gray figure appeared in the background of her wedding portrait, which hung in the Ballroom — her husband returned to find her.

While the hotel has been renovated since Mr. Butler’s murder and the tragic death of the forlorn bride, specters still haunt the hallways of the Battle House Hotel. 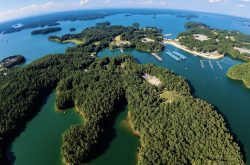 Think of everything out there in the world that you’ve known or heard to be haunted in your life. Read more… 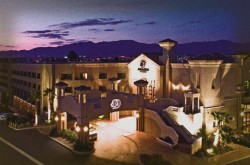