Maybe the haunting of Mobile, Alabama’s Kate Shepard House is just a rumor. The home was originally built in 1897 by railroad man Charles Shepard from plans by renowned architect George Barber. A few years later, in 1910, Charles’s daughters, Kate and Isabel, turned the house into a boarding school for the children of prominent community members. Perhaps one of them is the elderly woman who reportedly haunts the property.

Currently, the property houses a library of Civil War relics and memorabilia. Books from its days as a boarding school are still on display, and the rest of the picturesque scenery is sure to leave visitors feeling immersed in Alabama history. But what about those other feelings? Guests of the hotel have reported a strange presence all over the building.

While the evidence supporting hauntings at the Kate Shepard House is thinner than it is for other places around Alabama, some guests are quite certain that their experiences aren’t quite of this world. The elderly woman who wanders this bed-and-breakfast is its most famous spectral resident. She’s been seen in many of the guest rooms and public areas of the property, and any visitor who could snag a photo of her could surely put the debate about the Kate Shepard House’s haunted status to bed. 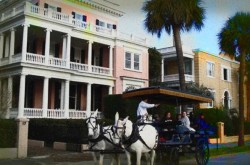 Charleston, South Carolina is one of the oldest cities in the entire United States. Read more… 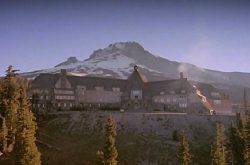