New Orleans has a colorful past and hundreds of ghosts. The Bourbon Orleans was a convent in the 1800s when yellow fever struck the city. Many of the ghosts that walk the halls of the hotel are those of children and young women who died during the epidemic. One of the spirits is a Confederate soldier.

Many elaborate social events took place in the Grand Ballroom. People see the apparition of a woman dancing under the chandelier in the ballroom. People have heard draperies in the room rustling as though someone was behind them.

The host of the show Psychic Kids conducted a reading in the hotel and was able to communicate with several spirits, including two children who apparently died suddenly. 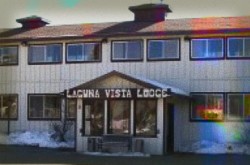