Whether it be called a pub, tavern, bar, saloon, joint, inn, lounge, taproom, ale-house, beer joint, or brewery, businesses that serve alcohol are often a much sought after activity for the socially thirsty. New Orleans has the fourth most number of bars to household population in the entire United States. With the infamous street festival Mardi Gras drawing in crowds upwards of 50,000 people within a few city blocks, as well as the city of New Orleans having a very liberal open alcohol container law, the city goes through thousands of gallons of alcohol. The hottest spot before, during, and after Mardi Gras is none other than Pat O’Brien’s bar, where you’re likely to encounter spirits in both the bottom of a glass as well as floating past you.

Pat O’Brien was a man who opened up a bar in New Orleans on the heels of the Prohibition Era in December 1933. Coming off his previous venture of owning a speakeasy in town, O’Brien helped to craft from the plentiful Caribbean rum that coursed through the city, a new and future long-time drink staple of the city….the Hurricane. Due to the overcrowding and diminutive size of the place, the pianos were placed upright against one another which helped fuel the classic New Orleans dueling piano jazz music we have today (these pianos have also been heard to play a few notes by unseen ghosts). Interestingly enough, the bar’s location on St. Peter street was originally constructed all the way back in 1791. Does the age, history, and reputation of serving over one billion people at this location play into the supernatural? 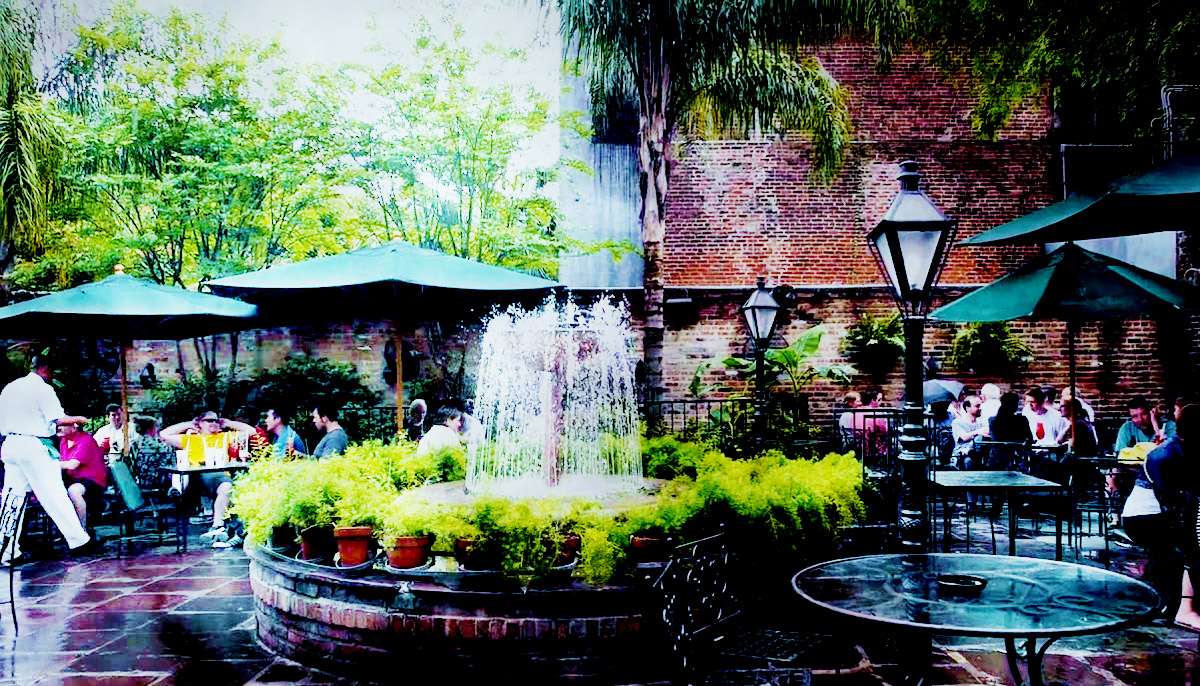 The most haunted spot in the bar is said to be the ladies’ restroom up on the second floor. Women visitors and employees alike have said that even the ascent to the second floor near the restroom brings forth a certain eeriness. Vicious cold spots along with a heavy stomping sound that seems to descend from the antiquated attic storage area above are the first things they notice. Once inside the restroom, the ghostly activity ratchets up even more with the supernatural antics of what is believed to be a former female restroom attendant. Footsteps and bizarre sounds emitting from the restroom stalls; a quick peek underneath the front of the stall shows it to be unoccupied, yet the human sounds continue.

Like most establishments in New Orleans, the backside area holds smaller courtyards and the one at Pat O’Briens features typical patio furniture for visitors. Many times during non-peak hours, the staff will have the patio furniture straightened and perfected for any visitors, only to walk back outside moments later and see that the furniture has been completely strewn about in disarray by an unseen force.

Today Pat O’Brien’s is fully open for business and enjoys a rather busy establishment. It’s worth noting that given the absolute historic location, many people have posed for an array of photographs inside the bar, but have noticed that after the picture is taken unexplained shadowy figures and the outlines of ghosts are spotted in the pictures.

The Old Absinthe House
The Dark Side of Seoul 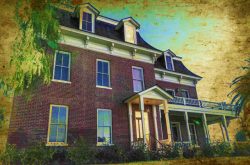 Lying just one hour east of Los Angeles, the Barton Mansion is one of the most paranormally active locations in all of California. Read more… Just hearing the very word “Gettysburg” one immediately thinks of the bloody Civil War battle as well as the site of President Abraham Lincoln’s most famous speech. Read more…