Home » Haunted News » Five Movie Graveyards And Where To Find Them

Published by FrightFind On March 30, 2020 Leave a response 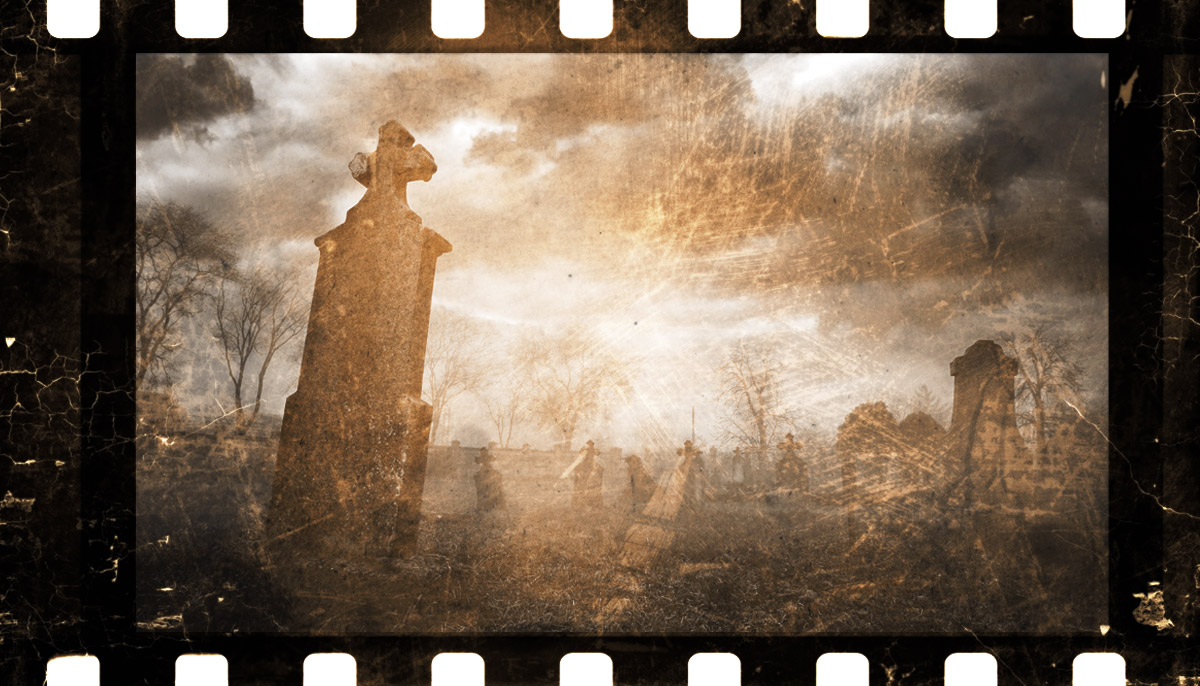 Horror movie fans may just be about the only people on the planet who take vacations and road trips to locations featured in some of cinema’s most iconic horror films. A scenic drive to a nature retreat? Give us Camp Crystal Lake. A simple overnight with dinner and dancing? We want the Gas Station from the Texas Chainsaw Massacre where a bungalow and homespun BBQ await us. But for the most discerning of horror film fans, there are locations that give that cinematic throwback thrills coupled with paranormal activity possibilities. Here are five frighteningly famous horror film graveyards and where you can find them.

Night of the Living Dead 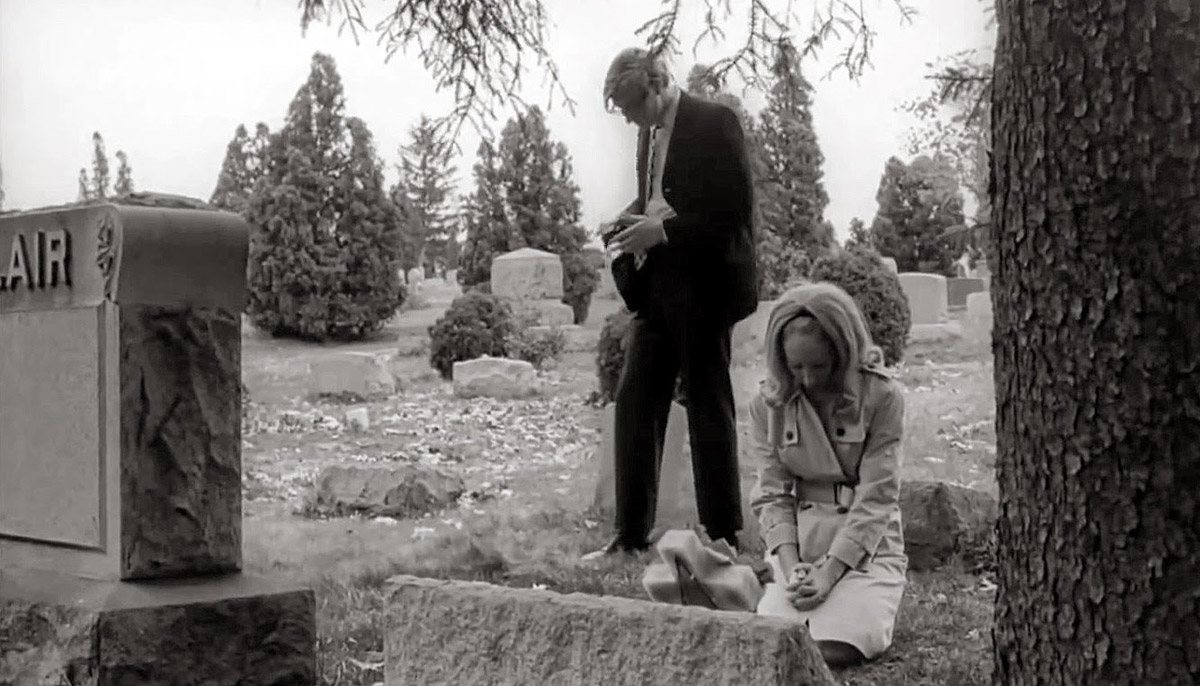 This is perhaps the horror film that started it all for the majority of fans. George Romero’s 1968 black and white classic opens with a pair of grieving siblings in Johnny and Barbara venturing out to visit their father’s grave. Minutes into the film, a deranged man kills Johnny and stalks Barbara all over the cemetery looking to make her his next victim. For those looking to retrace the steps of what some consider to be cinema’s first onscreen zombie chase, then the Evans City Cemetery in Evans City, Pennsylvania is the place to go. Romero chose the location because it was a cemetery that was built on a hilltop and that gave the filming crew a great deal of privacy when shooting the opening scenes. Fun Fact: While not a cemetery, the Monroeville Mall featured in Night of the Living Dead’s sequel, Dawn of the Dead, is a half-hour drive south of Evans City in Monroeville. Two famous Romero Dead film locations in one day? Sign us up. 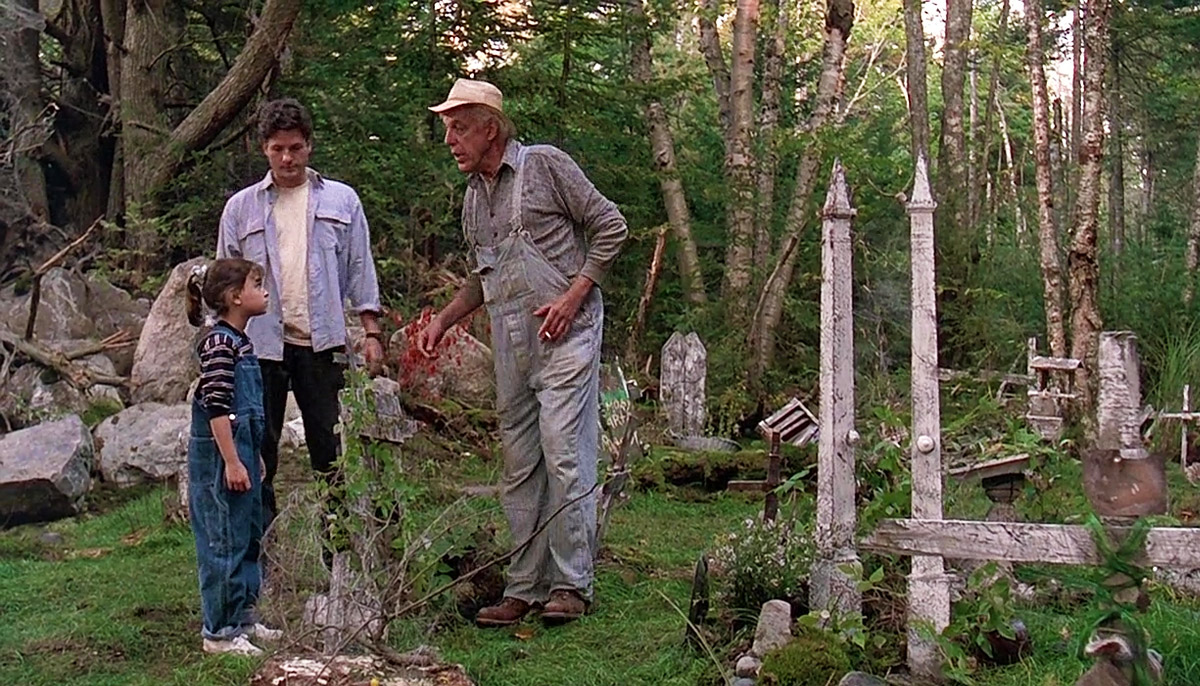 No horror film graveyard list would be complete without one of the most famous known to both humans and animals alike, Pet Semetary. This grisly 1989 Stephen King cult film gave a whole new meaning in, “sometimes dead is better.” For this film, there are two separate graveyard locations that can be seen with the first being the famous Mi’kmaq burial ground. Just off Snow Cove Road in Sedgwick, Maine is the spot of the burial ground and while Hollywood magic helped to make this location eerie and over the top, today it looks rather plain but still the desolate feeling resonates nonetheless. The climb featured in the film was done in parts of Acadia National Park alongside Deer Brook Trail. For the graveyard where Gage Creed is initially buried, that’s the Mt. Hope Cemetery located in Bangor, Maine. Fans of the film will recall that this is where Stephen King cameos and played the clergyman officiating the funeral. Random Stephen King Trivia Fact: According to the novel, this is also the same cemetery where Georgie Denbrough is buried as well. 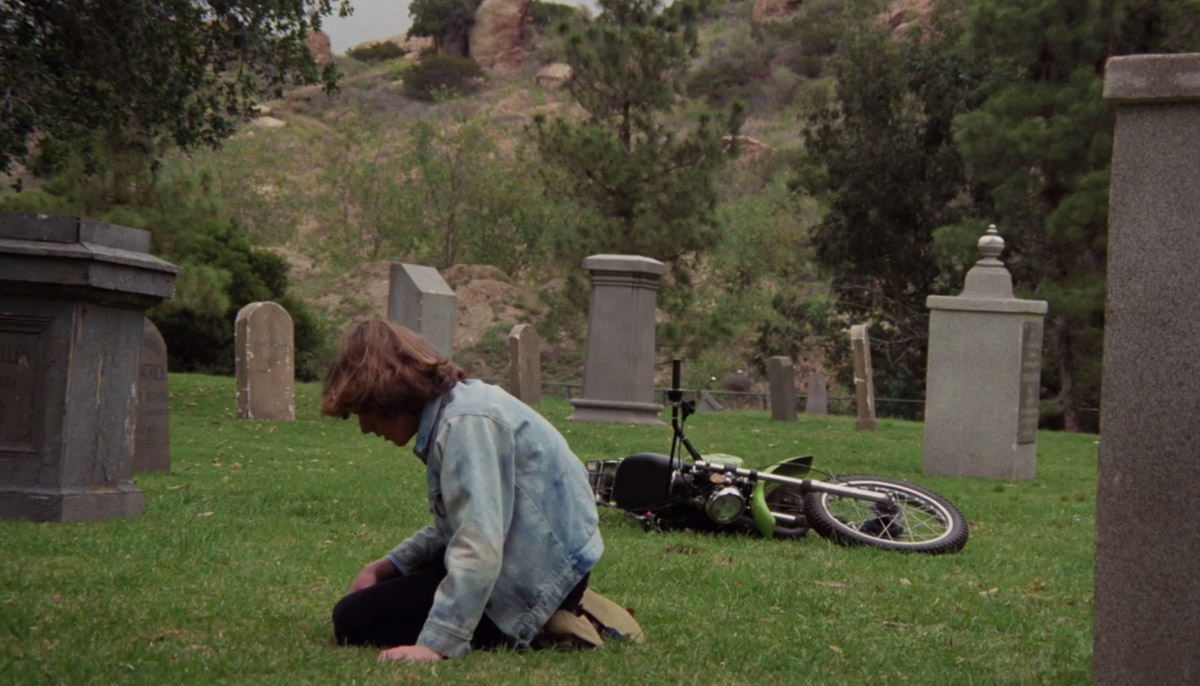 This is a horror film where not only graveyards, mortuaries, and caskets are crucial to the plot, they’re also in every scene! A young twenty-five-year-old filmmaker in 1979 named Don Coscarelli introduced audiences on what was to span nearly five decades in his cult film franchise, Phantasm. Set around a pair of teens who suspect that the local undertaker is running an otherworldly funeral home, they set off into a real-life dreamworld battle with evil incarnate in the form of a sinister entity named the Tall Man. Morningside Cemetery is the home-base for the Tall Man and for Phans (horror fan lingo for fans devoted to the film series) the place to visit is actually called the Dunsmuir Mansion Estate located in Oakland, California. The massive and sprawling estate and its stone gates were used as grounds for the Morningside Mortuary and Cemetery and today the estate is rented out private parties, and gatherings, thus making the inside mostly restricted to the general public. Phun Phact: A portion of the headstones used and the giant casket the Tall Man carries with ease were actually all made of styrofoam. 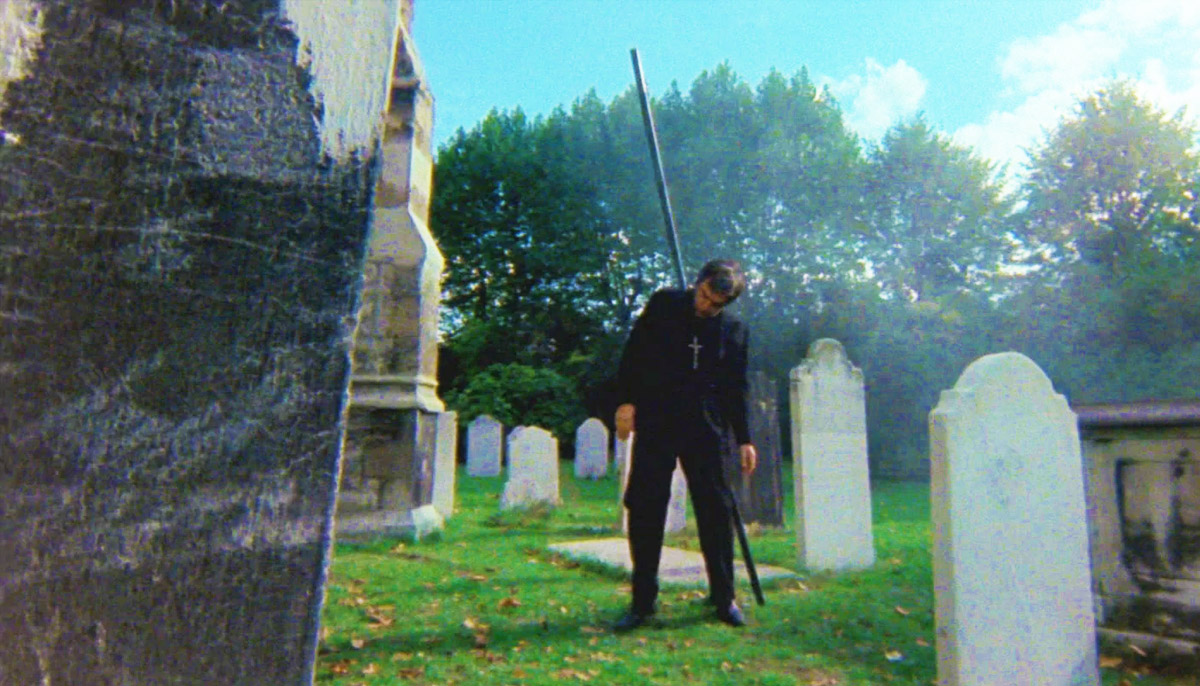 Here is one for all you European horror fans and world travelers. In 1976, director Richard Donner burst into the horror movie world with a film that had its core character taken directly from the Bible itself. The Omen was the story of a young boy named Damien who is adopted by a wealthy U.S. ambassador and his wife who find out that the father for the youngster wasn’t some transient, but Satan himself. A key scene midway through the film finds the ambassador in a graveyard searching for answers only to discover it’s guarded by bloodthirsty hellhounds. To capture this isolated and unnerving cemetery, Donner took to filming just outside of Rome, Italy a mile north of the town of Cerveteri. Known locally as the Tomba Dei Letti Funebri (which translates into Tomb of the Funeral Beds), this stone bed necropolis gets completely terrifying after sunset. Omen Fact: The film’s composer Jerry Goldsmith won the Academy Award for Best Original Score which he titled “Ave Satani”. 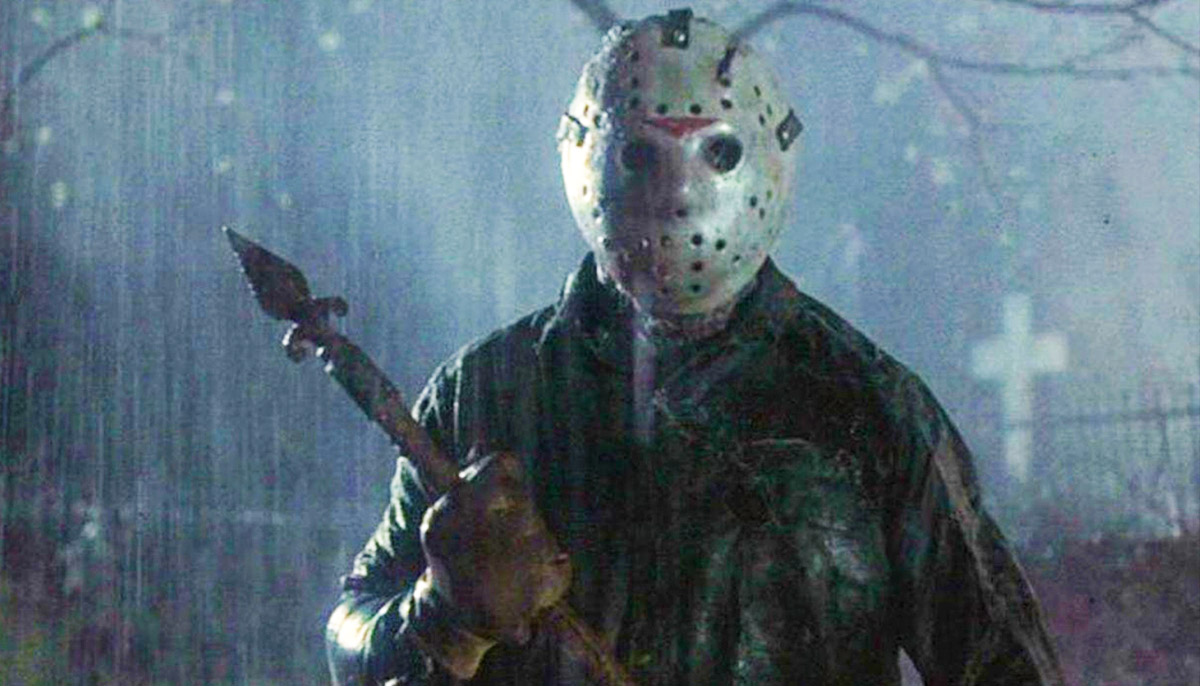 Any fan of the Friday the 13th franchise knows that Jason Voorhees is almost never truly killed and hardly buried. Fresh off being buried somewhere between the end of Friday the 13th Part 5 and Part 6, the film opens with franchise hero Tommy Jarvis suffering from nightmares about Jason coming back to life. To remedy this he and a pal go to a local graveyard to dig up Jason and make sure his body is further destroyed. Unfortunately, a bolt of lightning has other plans and Jason is brought back to life to continue his bloody killing spree at Camp Crystal Lake. For this scene, the Old Madison Cemetery in Madison, Georgia is the actual site of this series franchise favorite. Positioned right by the railroad tracks, the cemetery still stands today and is quite active in regards to visitors coming and trying to find the iconic Voorhees plot. Friday Fact: This is the only film in the entire Friday the 13th series that features no nudity whatsoever.

Saturday the 14th, now what?