Hotels provide lodging for untold numbers of travelers across the world every single day. They range in providing sometimes dated, albeit homey accommodations to make people feel as comfortable as possible all the way up to the most modern and hi-tech amenities one has ever experienced. For such a wide spectrum, how do some of them get a reputation for being haunted? The De Soto Hotel in El Paso, Texas has one such notorious reputation and some claim it’s because Satan himself lives in the basement.

Is the Desoto House Hotel Haunted?

Built in 1905, the De Soto started off like any other hotel in the El Paso area, providing a downtown place to stay for weary travelers. With Juarez, Mexico just over the border, more and more people became regulars at the De Soto, so often that throughout the decades it has also offered its rooms in short-term rental style. Today the De Soto still has both overnight and short-term rental rooms available, however, guests and tenants alike both refrain from doing one thing…..entering the basement.

The spirit of a young girl dressed in black named Sara is the ghostly entity haunting the De Soto. People claimed to have seen the spirit of a young girl in a slightly early 20th Century dress, running up and down the hallways at very odd hours. Sometimes laughing and sometimes running, guests and tenants have opened their doors hoping to catch her in the act, but when they do she simply disappears. Her laughter and amusements are also reported to come from the basement area of the hotel. 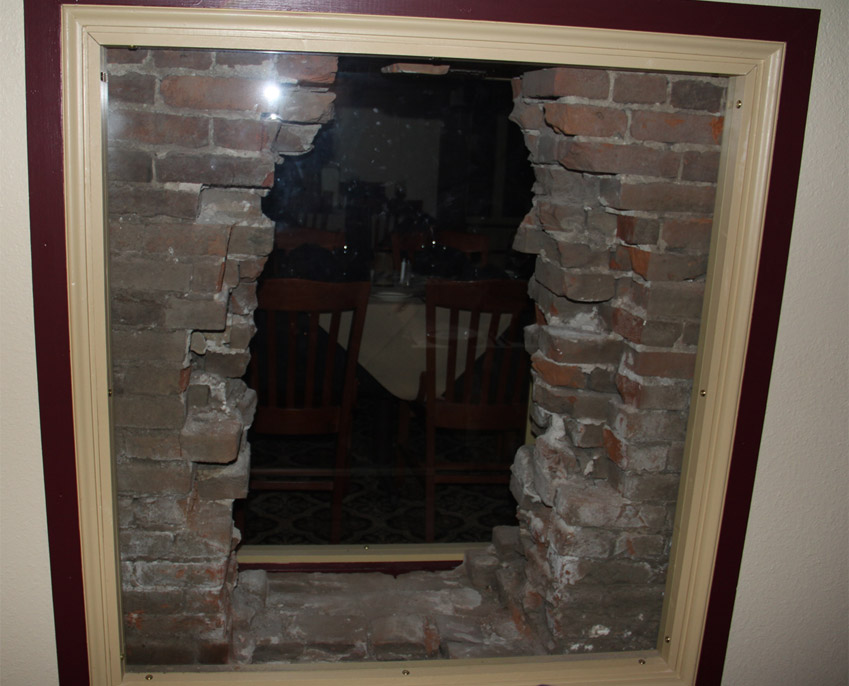 Over the decades there have been incidents of reported Satanic rituals being performed in the basement by travelers coming from the Juarez area. At one time Juarez was labeled the “Murder Capital of the World” as it racked up a dozen confirmed murders every day. Paranormal theorists believe that whatever demonic energy on the Juarez/El Paso border has likely been opened up in the basement of the De Soto. Occultists have claimed to at one point discovered not only a pentagram on the floor but a Leviathan Cross as well. In Satanism, a Leviathan Cross is made from sulfur and shaped like an infinity symbol stacked upon two crosses. This symbol is said to be the sigil of Lucifer himself. People who have dared to enter the basement, claim that a near paralyzing sense of dread and the feeling of being watched accompany them the entire way down. Others have said they feel physically threatened as sometimes rocks have been thrown at them by unseen forces. Do they come from the spirit known as Sara? Or something far more demonic?

Today the De Soto remains as one of downtown El Paso’s most lasting hotels. At one point informal paranormal investigation groups were allowed in the basement, but due to the demonic activity there, no more groups have entered. From everything known about the De Soto, it not only lies on the Mexico border but also lies on the very border to Hell itself!

Terror in the Timbers
Field of Screams CNY 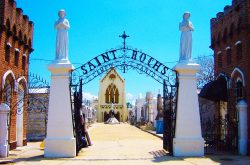 For anyone looking into visiting one of the historic and haunted cemeteries of the New Orleans area, a quick search is likely to show St. Read more…