Built in 1906, this quaint little hotel was once named the New California Hotel. It was built right after a fire destroyed most of San Fransisco. At one time, it was said to have been a brothel. One of the ghosts seen and heard in the San Remo is said to be the Madame who once ran the hotel. In 1922, the hotel was renamed San Remo, and the guests were more upscale. They provided a full dinner in the dining room, and served alcohol in coffee cups during the time of prohibition.

The mysterious “painted woman” roams the halls knocking on doors, but when guests open the door, there’s no one at the door or anywhere in the hallway. She seems to stay focused on room 33 but not much else is known about this woman’s history.

There’s been a small child, a little girl, spotted wandering the hallways and trying to enter room 42 too. Guests have seen ghostly apparitions. One guest reported a figure in the mirror behind her while she was brushing her teeth.

The hotel doesn’t have televisions or phones. The rooms are quaint and have period based furniture. The bathrooms are down the hall so wandering guests will have plenty of opportunities to meet a ghost in the hallway in the middle of the night. 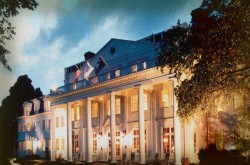 Voted The Best Ghost Tour in LA by Los Angeles Magazine! Join RIP the Undertaker as he gathers bodies when the sun goes down… When Hollywood’s dark… Read more… 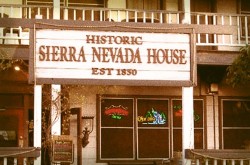