It is certainly understandable that some bed and breakfast establishments prefer to downplay any association with ghostly hauntings taking place on their property as it serves as a reminder of a sometimes violent past. However, for the Chapman Inn of Bethel, Maine they not only embrace the fact that their place is haunted but take things another step further by openly saying they are “officially haunted”.

William Chapman built the home somewhere near the turn of the 20th Century. While he indeed had a wife and children, his daughter Abigail was born sickly and thus had to stay inside the home at all times. Because her level of care was exhausting, William hired a nanny to look after Abigail and the two were inseparable. After years together, Abigail died young at the age of 16, while her father died not long after in 1927. Because of the nanny’s dedication to Abigail, he left her the home in his will and she remained there until she herself died in 1957. Exchanging owners over the years of many renovations, the home was converted into a bed and breakfast and that’s when stories of the paranormal emerged.

Doors opening and closing at random without any force to them are the most commonly sighted activity. Sounds of heavy footsteps and that of someone running can be heard on the above floors and hallways at all hours.

But perhaps the most chilling paranormal activity at the Chapman is not seen or felt but heard. Guests and the owners of the inn have reported hearing two soft sounding female voices having full-on conversations with one another in completely empty rooms. Recently a paranormal investigator was brought in to investigate and he surmised that the two voices would belong to those of Abigail and her nanny. The belief is that their emotional bond was so strong when they lived in the home that not even death could separate their friendship making it paranormally bittersweet.

Today the inn welcomes any and all guests to freely take audio or video of any of the activity taking place at the inn thus further living up to their self-labeled “officially haunted” moniker. 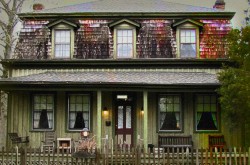 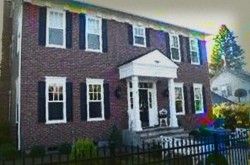 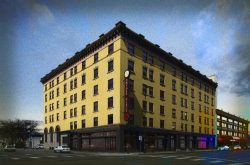 Verify ownership of
The Chapman Inn