In 1899 (or 1901, depending on which source you reference), Dr John and Jessie Gibbons purchased the house from the original owners, Dr George and Sarah White. Dr John and Jessie Gibbons reportedly adopted abandoned/orphaned children. One of these children, a 10-year old girl named Rachael, started a fire in the front parlor, being badly burned, and died 2 days later in one of the upstairs bedrooms. But, you can still hear, and sometimes see, her running around the house today.

A 10-month infant, Elizabeth, died in the master bedroom of unknown causes, but there’s still the scent of baby powder, and you can sometimes still hear her cries.

Jessie died in that same bedroom after a bout with double-pneumonia. Guests sleeping in that room often awake to labored breathing and coughing. Some even report feeling as if someone is sitting on their chest. The most common paranormal activity in this room is the closet doorknob will frequently jiggle for a few moments, stop suddenly, and the closet door will pop open. The maximum reported count for repeatable occurrences is 5 within a couple minutes. this of course required persons in the room to close the door each time.

Dr Gibbons was a prominent doctor in town, having his office in the 1st floor rooms in the house. Given the time period and medical field, it is likely many patients died there during his practice of ~26 years.

Stories of subsequent owners/occupants suggest others have encountered their own demise, such as a gentlemen in the 50s/60s that died in the upstairs bathroom, a young boy that died from falling down the front staircase (recently spoke with the relatives of this little boy; got name and keywords), and more.

In 2006, The previous owner bought the house after being vacant for a few years. During its restoration, strange activity started to occur. Activity in the house continued, and even increased, subsequently earning the name ‘Whispers Estate’ after guests repeatedly reported hearing disembodied voices whispering in their ears.

The current owner 1st visited the house in September 2007 as part of an event night for the Mid-South Paranormal Convention.  5½ hours into the investigation not a damn thing had occurred. Then, without wanring, the fit-hit-the-shan and they almost soiled themselves twice that night! They returned almost every other weekend for the next 4 months, at which point they contacted the then-owner about purchasing the house

Since 2006, the house has been investigated by numerous paranormal groups as well as visited by psychics & demonologists.  It has been featured on numerous TV shows, multiple documentaries, specials, radio shows, etc.

There are supposedly 4 graves in the backyard, not including, what psychics have called, a pit-grave which they say contain amputated limbs, internal organs, aborted fetuses, etc…

There is reportedly a portal/vortex which runs up through the house from the front parlor into the 3rd floor room/attic. the room in the attic is said to be the heart of the house. Guests that are brave enough to sleep in this 3rd floor room report horrible nightmares and sometimes hear something trying to get in the room via the door (door knob jiggling).

Visitors have reported sighting a shadow, which is now called ‘Big Black’, an entity which psychics says ‘is not of this world’. While most commonly encountered in the doctor’s rooms, it has been seen throughout the house.

Guests have experienced earthquake-like tremors while in Doctor’s bathroom… No… not ‘those kinds’ of tremors… we’re referring to tremors of a paranormal origin.

EVP sessions have revealed many entities in the house at any given time, But you don’t always need recording equipment to hear these disembodied voices at Whispers Estate. Many young women have reported hearing Dr Gibbons whisper in their ears, as well sometimes grabbing/gropping them.

Guests claim to see the beds/couches visible shake, while still others sleeping on beds and couches have reported having them shake violently…..

(Often, guests decide they’d rather sleep as close to the front door as possible, just in case…)

Investigators often do ’rounds’ throughout the house at different times throughout a night. Sometimes, upon leaving the servant’s quarters, just after the last person exists the room, the solid, heavy, wooden door slams with unrestrained force by unseen presence.

There are times when guests notice pleasant smells of baby power drift throughout the house, but the scent of pungent cologne/aftershave, cigar/tobacco, rancid meat/cabbage, dirty medical bandages, and more are not uncommon.

Guest have reported their recording camcorders being moved by an unseen presence, thereby disturbing the viewpoint of the intended target.

If you’re not completely freaked out, and think you have what it takes to spend a night here, please contact us to make a reservation, to have for yourself,
…a paranormal experience at Whispers Estate. 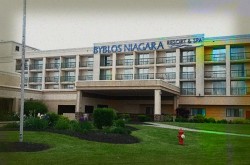 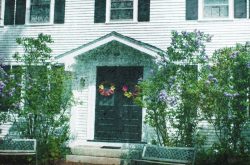 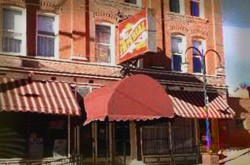