Las Vegas is a desert oasis that’s capable of quenching the most distinguishing of thirsts. The constant gleam of neon lights, ringing slot machines, and Vegas nightlife draws millions of visitors to the Silver State every year. Located less than one mile off the famed Las Vegas strip on the side street of East Charleston Boulevard is the Zak Bagans’ Haunted Museum. It caters to a different crowd, featuring artifacts and stories of paranormal history. The museum is downright frightening and wholly exciting.

The Dark History of The Bagans’ Haunted Museum

The building itself is an older mansion that was originally built in 1938 by the prominent Wengert family. It was once the largest mansion in Las Vegas which gives Bagans plenty of room to house his objects of the macabre. The house has some darkness in its history as a former owner passed away inside the home. Over the years, the property was abandoned at one point and according to Bagans, it was revealed to him that dark rituals were performed in the basement area of the now haunted museum. In fact, he feels that the building was established with haunted spirits long before he ever took ownership. During its remodeling prior to opening, Bagans had a hard time keeping some workers on the job as many would be fine one moment and then run screamingly off the property after having a paranormal encounter inside. The now eleven thousand square foot museums boasts over thirty rooms jam-packed with some of the most haunted objects from all over the world.

One of the principles that Bagans tries to make known to visitors is that he is not trying to actively show a ghost or call forth a spirit. Instead, he is offering a place where if possessed ghostly objects choose to interact with a visitor or group, then they will do it because they want to. Some of the haunted objects he possesses are in fact just too dangerous for visitors to be near. One of the most terrifying is the legendary Dybbuk Box. This unassuming wooden box is said to contain the spirit of a malicious entity that is capable of haunting and even possessing a human being. Bagans acquired the box and after opening it with the help of a witch, he then claimed to see apparitions and dark shadow figures. Worse yet was the powerful growling sounds that emanated around the box. Bagans ended up sealing the box closed with a powerful combination of sage and salt to keep the dreaded Dybbuk spirit locked safely away.

What Artifacts are in the Zac Bagans’ Haunted Museum?

While the Warren Occult Museum in Connecticut has the infamous Annabelle doll, the Zak Bagans’ Museum has “Peggy the Doll”. Bagans acquired the doll from a woman in England who claimed that the doll contained the spirit of a young woman who died sometime in 1946 of a chest related medical problem. Too many people close to the former owner suffered from severe chest pains or even mild heart attacks. Bagans now has Peggy the Doll in an isolated room that is not part of the standard tour. He claims that people who come in to see Peggy have suffered chest pains or heart attack related symptoms on the spot. Other times it’s given crippling headaches and even caused some people to suffer a ghastly uncontrollable fit of vomiting! Still so, Bagans does not mistreat Peggy or hide her away but further insists, “I always want to show them respect because the things they’ve caused are quite real”.

Outwardly haunted objects are not the only thing on display in the museum. One of the more innocuous items is a cauldron formerly owned by infamous serial killer Ed Gein, who later inspired the wildly successful Texas Chainsaw Massacre film series. The cauldron was used for everyday work on the Gein farm as well as later used to render dismembered human limbs down to the bone. In the museum, people have reported a sense of dizziness and unease after staring at the cauldron too long. At other times there has been mysterious interference with electronic devices when standing near the cauldron. Gein’s not the only serial killer with property there to be seen by visitors. John Wayne Gacy’s paintings that he made while on death row hang in a hallway as does a portrait of Charles Manson in which his actual cremated ashes were used to paint his portrait eyes with!

The Bagans’ Museum does have separate rooms that contain less supernatural objects such as a room filled with many spooky puppets and dolls. Another has carnivalesque fortune-telling objects, while a nearby room displays celebrity items such as Michael Jackson’s death chair and even torture writer Truman Capote’s medication bottles. Voted “Best Museum by Las Vegas Review-Journal”, tickets and tour slots fill up fast for the museum every day. Bagans is sometimes around the museum to greet fans and visitors as a pleasant surprise. However, visitors must sign a waiver in which they affirm that they are about to see the most haunted objects in the world and must do so at their own risk! That is perhaps the best gamble in all of Sin City. 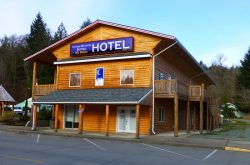 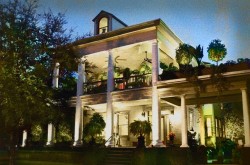