Travel and Leisure named the Coombs House Inn one of the best bed and breakfast hotels in the country, but the magazine didn’t make mention of its haunted past. Built as a private home for James M. Coombs, the wealthy local man and his family moved into the house in 1905. Maria, his wife, loved the house but was heartbroken when a fire destroyed much of the property. The woman sadly passed away before ever getting to go back home again. Both staff and guests firmly believe that both Maria and James haunt their former home.

Later owners purchased the old home and did some renovation work as part of their goal of turning it into a bed and breakfast. They and others who worked on the project claim that the paranormal activity started almost as soon as the renovation work began. Construction workers often found their tools moved around the room and that drop cloths and other equipment was in new places when they came back to work the next day.

Both James and Maria occasionally make an appearance at the inn. Though they sometimes appear alone, most report seeing the two standing together near the front door or walking around the grounds together. As still in love as ever before, they usually appear holding hands, smiling and talking quietly with each other. Others witnessed doors opening and closing while no one else was there. It’s clear that the ghosts haunting Florida’s Coombs House Inn have a deep connection to their former home. 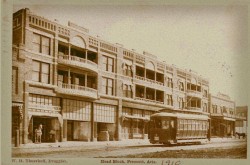 The Head Hotel – The Prescott Inn 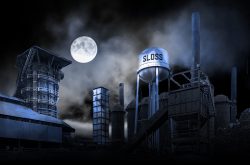