Is the Cecil Hotel truly haunted? The true horror stories that surround this 1924 building weave a dark and uncomfortable tale rife with unexplained deaths, serial killers, and horrors that are usually only told in the movies.

Elisa Lam is the most recent victim of the Cecil Hotel. The story of her mysterious disappearance on January 31, 2013 and the unexplained circumstances of her death contribute to a visceral cloud of horror haunt the Cecil to this day. Before she goes missing, Elisa is seen acting very strangely in the elevator of the Cecil Hotel. An elevator video recording released by the LAPD on Feb 13th, shows a very eerie glimpse into what may be Lam’s final moments. On the tape, she appears erratic and looks as if she’s interacting with someone who does not show up on the screen. She’s on the 14th floor and she eventually disappears and is not seen alive again. Weeks later, her body is found in the water tank on the roof of the Cecil Hotel on February 19th, an area that was supposedly locked and unreachable by anyone other than hotel employees. The body was found by hotel employees after guests had complained of low water pressure and the water was black and tasting “funny.”

It’s important to note that it was reported that Elisa’s body had no evidence of drugs or alcohol in her system at all. She may have suffered from mental anxiety. Her demise has many factors that paint an ominous picture.

Over the years, the Cecil has been home to 2 infamous serial killers, Richard Ramirez (the Night Stalker) and journalist Jack Unterweger. Richard “The Night Stalker” Ramirez murdered at least 13 people during the 80s while staying at the Cecil Hotel. He even disposed of his bloody clothes in the hotel dumpster. Coincidentally, The Night Stalker’s character appears in the American Horror Story: Hotel as a welcomed guest of James Patrick Marsh.

These 2 horrifying accounts of serial killers staying at this hotel are only the beginning of a history of bloodshed.

In 1947, Elizabeth Short was last seen alive at the Biltmore Hotel in Los Angeles. Short is also reported to have visited the Cecil Hotel in the days leading up to her murder. Her gruesome murder dubbed her “The Black Dahlia” and remains unsolved to this day. The Black Dahlia went missing on January 9th and her body was found severed in half at a vacant lot the 15th of January, 1947.

Hauntings at the Cecil Hotel

The hotel looms under a dark shadow that spans decades of horror, death, mystery, and downright scary stuff. There have been reports of strange dark images in the shadows, spooky noises, and items moving in the night. Is the Cecil Hotel haunted? The facts add up to a considerable history of bad stuff taking place here. If there are any hotels worthy of the glamour of AHS, this is one of them.

The Cecil Hotel’s haunted history appears to have lent a lot of it’s history to the famed American Horror Story: Hotel, which has borrowed the stories of Elisa Lam in the form of “Kara” as well as its serial killer Richard Ramirez. An interesting note about Unterweger, is that he was at one point, a key journalist covering his own murders, somewhat similar to John Lowe who is investigating his own murder cases. Spot the similarities by reviewing the TV version of the Cecil if you dare.

Now the Stay On Main

Trying to hide from its inglorious past the Hotel Cecil has been rebranded as The Stay On Main. The current ownership regime is very tight lipped and appears to be trying to hide from the past. Employee responses and unwillingness to answer questions forthright can be expected from a business that is trying to maintain a respectable image in a competitive market such as Los Angeles. The hotel employees would not speak of Elisa Lam, but did elude to the history of the health hazards of the roof’s water tank. They also disclosed that security upgrades have been made and that there have been efforts to improve the hotel’s clientele.

Haunted Places in the Hotel Cecil

“The Cecil will reveal to you whatever it is you’re a fugitive from,” said novelist Steve Erickson after his stay in June of 2013. 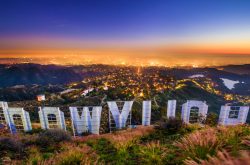 Easily one of the most recognizable images anywhere, located in Griffith Park the Hollywood Sign is a beacon for those yearning to be a part of the… Read more… 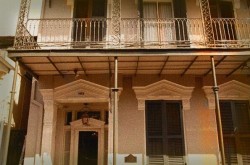