American Horror Story’s Haunted Hotel Cortez is located in Los Angeles, California. The famed hotel was built by architect James Patrick March in the 30’s. Inspired by the golden age of Hollywood, the art deco hotel has a dark past that the city has seemingly forgotten… or should we say ignored? 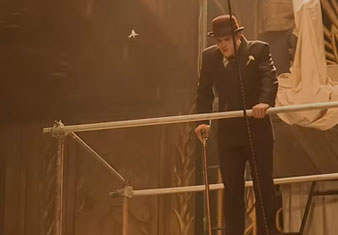 Born in 1895, March is a man who made his own fortune at an early age, March had an unquenchable thirst that an early drug addiction could not satisfy. He turned his sadistic urges to the only thing that could feed his inner demons, the thrill of murder. “Bolivian marching powder… Too tame for my taste,” March said of cocaine, he lusted for blood. He didn’t just kill his victims, he required a more sadistic and diabolical approach, by hunting and devouring their souls. The Cortez was designed and built by March to fulfill his need kill. The hotel is a 13 story murder weapon filled with hidden passageways, human dumping grounds, inescapable floors, and a one-way elevator to your death.

The builder lives on in the Hotel Cortez. March’s soul permanently resides in the Heart of the Cortez, James March’s horrific device lives on to terrorize the hotel’s occupants. You won’t need a sip of Absinthe to see hallucinogenic visions, the Cortez will play with your mind and bend reality into a hellish living nightmare.

Most Haunted Places in Hotel Cortez:

Truth be told, the Hotel Cortez was inspired by many stories surrounding a few true haunted hotels, The Cecil Hotel of Los Angeles, California and H. H. Holmes “Murder Castle.” You can catch a glimpse of the AHS Hotel’s exterior at the South Olive Street address, but visitation rights are prohibitive. 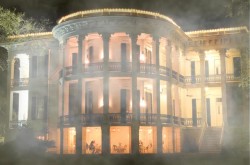