Home » Haunted News » IT: Chapter 2. What Can We Expect From the IT Sequel?

Published by FrightFind On September 29, 2017 Leave a response

So far Andres Muschietti’s remake of Stephen King’s IT has pulled in over an astounding $500 million worldwide since its release on September 8th, 2017. IT is set to surpass even The Exorcist as the top-grossing R-rated horror film and is well on its way to toppling other records before it even leaves theaters. So even without Muschietti’s “Chapter 1” teaser in the credits of IT, there was likely never any doubt of a sequel coming to fruition. But what might that sequel look like?

What do we know about the IT sequel so far?

IT already has a solid body of work to build on and with Andres Muschietti altering only minor bits from the first half of the novel and reworking parts of the 1990’s miniseries, it’s possible that we’ll see a fairly true to form sequel… providing Muschietti signs back on for the second half. As of Sept. 7, Andres Muschietti wasn’t officially confirmed as director of the sequel however, his involvement is almost a guarantee as Barbara Muschietti, sibling of Andres and producer of IT has already signaled her involvement on a sequel, as well as lead actor Bill Skarsgard (Pennywise) and screenwriter Gary Dauberman, who will return to write the script for the sequel.

A sequel was the plan all along. In an interview with Yahoo! Movies Muschietti stated the following, “I really wanted to focus on the emotional journey of the group of kids. Getting into that other dimension—the other side—was something that we could introduce in the second part.”

That notion of exploring Pennywise’s origins has also been hinted at by none other than Pennywise himself, Bill Skarsgard.

“We’re in the early stages and I’m talking to Andy about it and figuring out what IT will be… It’s a different story, but I’m excited to delve in deeper to the character as there’s more exploration for who Pennywise is,”… “And I think that’s what I wanted and that’s where I want to go for the second one, to delve into the psychological and metaphysical spaces of this transdimensional being.” – Andres Muschietti

And as far as the timing on the sequel and filming, they need to get it in gear. Producer Barbara Muschietti stated that the kids involved in Chapter 1 will be an important part of the sequel, specifically in the form of flashback sequences.

“The hope is we’ll find the best way soon because it’s also important for Andy to get flashbacks with the kids, who are growing very fast.” – Barbara Muschietti

However, when FrightFind sat down with IT star Wyatt Oleff (Stan Uris of the Losers’ Club) to ask about plans for a sequel, Oleff responded that an IT Chapter 2 script may not even be in the works yet – “I don’t think they’ve written the script yet. So, they’re trying to gather all the ideas and parts from the book that they wanna put in and all of that.”

The general consensus remains however, that should everything go according to plan, we’ll all be happily throwing our money at New Line Cinema again on September 6th, 2019.

IT Sequel, Who will fill The Losers’ Club Shoes?

Besides Bill Skarsgard and the current Losers’ Club cast, there has been no official word on casting for the Losers’ adult counterparts that will be essential to Chapter 2. But there has been a lot of exciting speculation. 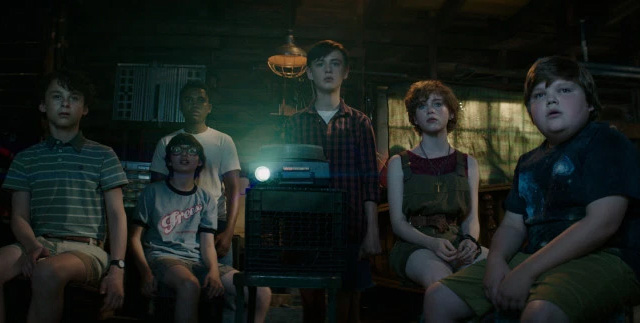 Fans have pegged Jessica Chastain as a favorite to play an adult Beverly Marsh. Muschietti seems fond of that idea as well, especially since they already have a friendly working relationship from his previous horror flick, Mama. Jessica Chastain is also apparently a huge fan of IT and loves Muschietti’s interpretation, so in the words of Muschietti himself, “it feels like the planets are aligned in that sense…” As for the rest of the casting, according to Muschietti “There are a lot of ideas for the rest of the cast that I’m playing with, but it’s a bit too premature to say those names right now.” 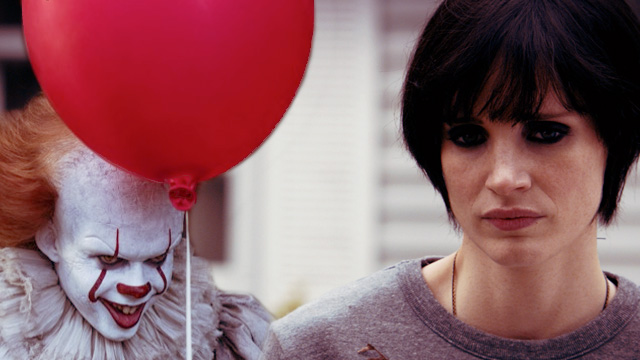 Fans peg Jessica Chastain to play an adult Beverly. Nothing has been confirmed as speculation grows.

While it’s too early for the Muschietti’s to confirm anything, that hasn’t slowed down fan speculation, even among the current cast of the Losers’ Club. In an interview with Variety, Jaeden Lieberher, the actor that plays young Bill Denbrough, has said he would love to see Ewan McGregor take on the role.

Jeremy Ray Taylor who plays young Ben Hanscom in The Losers’ Club has stated he would love to see Guardians of the Galaxy’s lead Chris Pratt fill his shoes and Chosen Jacobs, the young Mike Hanlon, has listed another Marvel star, Chadwick Boseman of Black Panther fame, as his choice for his grown-up counterpart.

Speculation for the rest of the cast has included Jake Gyllenhaal as Bill Denbrough, Batman V Superman’s Scoot McNairy to play an adult Stan Uris, lovable John Krasinski for his similarities to John Ritter’s portrayal of Ben Hanscom, American Pie’s Jason Biggs as the wisecracking Richie Tozier, Jordan Peele, director of the ultra-terrifying Get Out as Mike Hanlon, and Breaking Bad’s Aaron Paul as Eddie Kaspbreak.

Should any of these come to fruition IT: Chapter 2 has the potential to be a huge, star-studded event. When asked about potential casting for the next installment, Muschietti simply said the following; “I cannot talk about it. Some things said on the web are not totally wrong. That’s all I can say.”

Changes to the IT sequel

Muschietti and Skarsgard have both been very careful when comparing their IT with the 1990 miniseries. Skarsgard has said in multiple interviews that he never wanted to simply recreate Tim Curry’s performance in the original, stating the following; “I knew that I was never going to be able to do that, so I’m going to do something completely different and hope people appreciate both performances.”

“I knew that I was never going to be able to do that, so I’m going to do something completely different and hope people appreciate both performances.” – Bill Skarsgard

Muschietti has also been open to discussing potential changes to the story for the sequel. When asked about Mike Hanlon’s character, who later goes on to be the only member of the Losers’ Club who stayed behind in Derry, he said the following; “My idea of Mike in the second movie is quite darker from the book. I want to make his character the one pivotal character who brings them all together, but staying in Derry took a toll with him. I want him to be a junkie actually. A librarian junkie. When the second movie starts, he’s a wreck.”

In addition to a darker version of the adult Mike, speculation has also swirled about the return of Henry Bowers, the abusive tormentor of the Losers. In the novel, Henry is controlled by Pennywise and admits to killing the missing children. He is eventually admitted to Juniper Hill Asylum where he spends several years before escaping with help from Pennywise where he can further torment the now adult Losers. Spoilers ahead if you haven’t seen the new IT-eration.

In the 2017 version of the film, we see Henry fall to his assumed doom down a sewer pipe after a physical altercation with Mike. As he never reappears, it’s possible that he too has joined the leagues of other deceased children in Derry, however that may be a bit too much speculation.

“Never Found the Body”, aka “Never Say Die” is a common trope in horror films that can basically be boiled down to “Never assume a character is dead unless you see the body.” In this case, especially with Pennywise’s previous use of Henry as a vessel to create havoc for both the children and adult Losers, it’s possible that Henry could reappear to take on his adult role in Chapter 2. 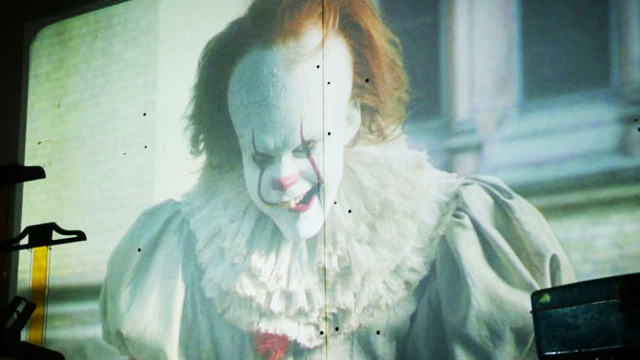 We’ll keep you updated on any new developments on the sequel, but we want to know what you’d like to see in Chapter 2?  Who would you like to see in the role of the adult Losers? What parts from the Stephen King’s novel were you disappointed didn’t make the first film? What flashback sequences are you hoping will brought back in the second installment? Let us know in the comments below!