ET brings us a new look at Pennywise the Dancing Clown from the 2017 IT remake. The first look at Bill Skarsgård’s Pennywise got everyone’s attention. Now, the clown gets even more sinister with a peek at his hellish clown suit from another age.

“There is almost a doll-like quality to the costume,” designer Janie Bryant told Entertainment Weekly. The full frontal of the clown suit is more authentic than the original Pennywise played by fan favorite, Tim Curry. Designed by Emmy winner Janie Bryant (Deadwood & Madmen) the costume resembles clown garb from a much different era. The clown suit has Grimaldi-esque features. Joseph Grimaldi’s famed “Joey” the clown of the 1800s has inspired clown makeup and attire down through the ages. You can see some semblance in the form-fit arms and legs as well as the Fortuny pleated collar. 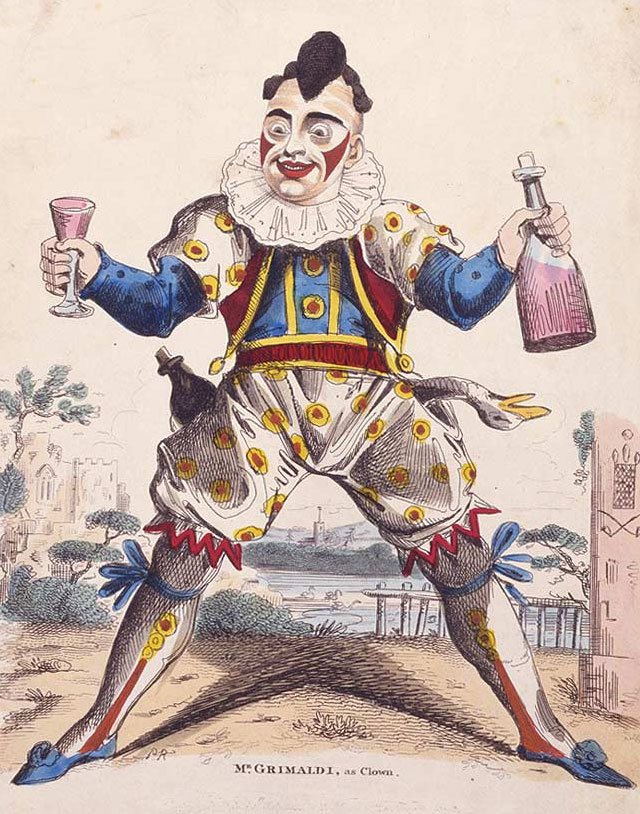 We still don’t know too much until we see Skarsgård’s Pennywise in action as these images are definitely treated. In comparison, the colors are not as loud as Curry’s original. Curry’s clown looks more like the one that shows up to your house to blow up balloons while the new Pennywise resembles a clown from the theater with a hint of Mime. 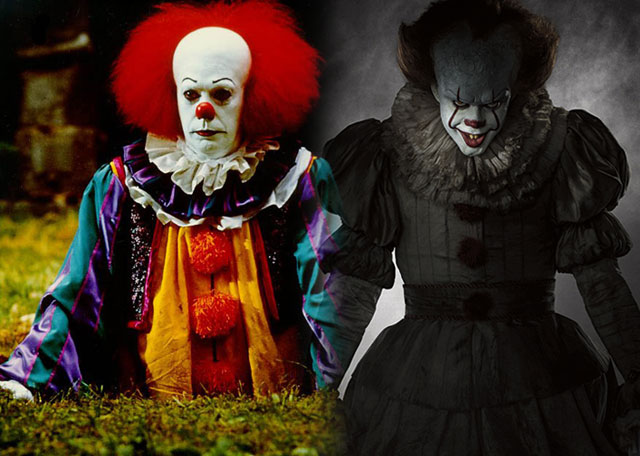