For anyone looking into visiting one of the historic and haunted cemeteries of the New Orleans area, a quick search is likely to show St. Louis Cemetery No.1 or Lafayette Cemetery No. 1 as the top ones. While neither cemetery will disappoint those looking to bask among the many rows of historical mausoleums and gothic headstones while searching for paranormal activity; they’re not the only cemeteries in the area that have a reputation for supernatural encounters. The little known St. Roch Cemetery in the heart of the city has earned a reputation of being one of the more haunted places to visit.

Is the St. Roch Cemetery in New Orleans Haunted?

The history behind the origin of the St. Roch neighborhood goes back to the mid-1800s. This smaller parish area was originally called Faubourg Franklin which was named due to the emerging railroad connections that it shared with the Pontchartrain area. However, as with most of New Orleans at the time, a deadly outbreak of Yellow Fever was ravaging the population. A German priest named Father Peter Thevis prayed for the intercession of St. Roch, a Catholic patron saint for good health. Fr. Thevis prayed that should nobody in his tiny parish die, he would build a chapel in honor of St. Roch. True to his saintly ways, the intercessory prayer worked with nobody dying and Fr. Thevis built not only a chapel but also a shrine and eventual cemetery. Word of the saint’s protection spread and the area was renamed in honor of St. Roch. Today the enormous iron gates bearing the saint’s name as it’s flanked by a pair of praying angels is what welcomes many to the cemetery.

The cemetery itself holds one of the rare paranormal distinctions of having a ghost dog on the premises which itself is ironic considering St. Roch is a patron saint for dogs as well. Over the years many visitors have seen a big black dog with shadow-esque features strolling throughout the rows of headstones. In the paranormal community, some say that a black dog is indicative of foreshadowing an event, while others claim it’s the supernatural manifestation of a repressed spirit.

This ghost dog that has prowled about the St. Roch cemetery only has the entrance or exit from which to enter, and some animal lovers have been heard to try and approach the dog to help aid it only for the dog to vanish into thin air or run into the entrance of a mausoleum and disappear!

Another ghostly specter resident to the cemetery is simply known locally as “the Hooded Ghost.” There’s no known origin to this spirit that is described as wearing a dark-colored robe with a hood. The Hooded Ghost’s face has yet to ever fully been described as anyone who has seen them has taken more notice of the height of this very elusive spirit. Some speculate this hooded entity may not altogether be a positive one as a sense of dread or sudden heart palpitations have befallen people that spot the elusive spirit.

Unlike some of the other cemeteries in New Orleans, the St. Roch Cemetery is maintained by the adjoining church and actually has longer, albeit normal business hours that typically restrict entry near sunset. This is one cemetery that’s off the beaten path and not subject to many ghost tours, thus making a visit to it a real supernatural treasure. 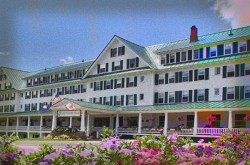