The Exorcist is labeled universally amongst film fans as the scariest motion picture ever made. There are others that come close in terms of gory special effects or a sudden plot twist late in the third act. But The Exorcist is still regarded 45 years later as a film that will terrify and disturb. Being a film that old, movie memorabilia and props from the set are very rare amongst collectors.

With only a portion of the cast still alive today, hardcore fans and film buffs are straining to share in a piece of historically shocking film. However, there is still one piece around today that gets plenty of visits both day and night and is completely free to use. The infamous, “Exorcist stairs.”

What are The Exorcist Stairs?

The Exorcist is a 1973 horror film that is based on the novel by William Blatty. The book was inspired by the real-life story of a 14-year-old boy who was believed to have suffered from demonic possession in a house in Missouri. The Exorcist House can be found in a suburb of St. Louis called Bel-Nor.

The Exorcist Stairs were used in the movie version to showcase the violent demise of the character Father Damien Karras. 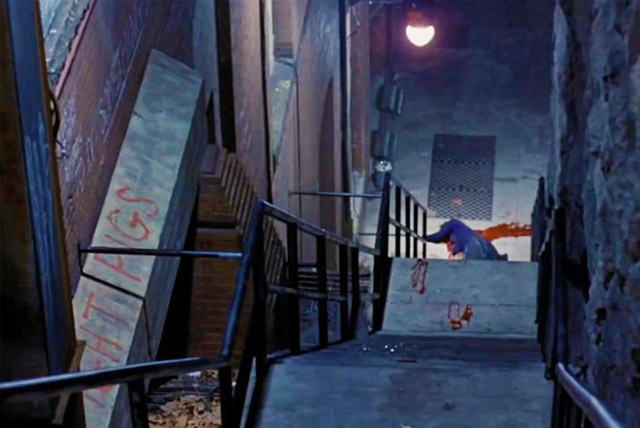 Director William Friedkin chose to have the movie filmed in the heart of Georgetown, which is deep within Washington D.C, so as to keep the film as close to the book as possible. William Peter Blatty wrote both the novel and screenplay for the film, and being an actual graduate of Georgetown University, he was all too familiar with locations around the city.

The stairs themselves were physically located in the Georgetown neighborhood and were originally constructed sometime between 1890-1895. Their purpose was to ensure employees could make it in and out of the Capital Traction Company which was a railway car line that housed the cars next door.

Over the years, Capital moved and the stairs were seldom used. As a student of Georgetown, Blatty and his friends all jokingly referred to those steps as the “Hitchcock Steps” due to the fact that they were dreadful to approach and go up or down, be it day or night. This coupled with Alfred Hitchcock being the most prolific horror and suspense director at the time, Blatty was already plotting out just how to showcase the stairs in a novel he had long been working on, The Exorcist.

The stairs are still around and much frequented as a popular tourist attraction to this very day and anyone is free to visit and dare to climb the stairs. They actually number seventy-five total and are reputed to be a heavy cardiovascular experience, even for the most physically fit. In October 2015, the stairs were actually recognized as a Washington D.C. area landmark, replete with a plaque commemorating the occasion.

Where are the Exorcist Stairs?

The Exorcist Stairs are located at the corner of Prospect St. NW & 36th St. NW in the Georgetown neighborhood of Washington, DC. 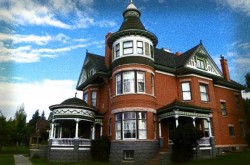 Explore the darker side of Seattle on Ghost & True Crime Tours by vehicle. Private Eye Tours has specialized in offering unique tours of Seattle since 1997. Read more…

Verify ownership of
The Exorcist Stairs