Published by FrightFind On September 5, 2018 Leave a response 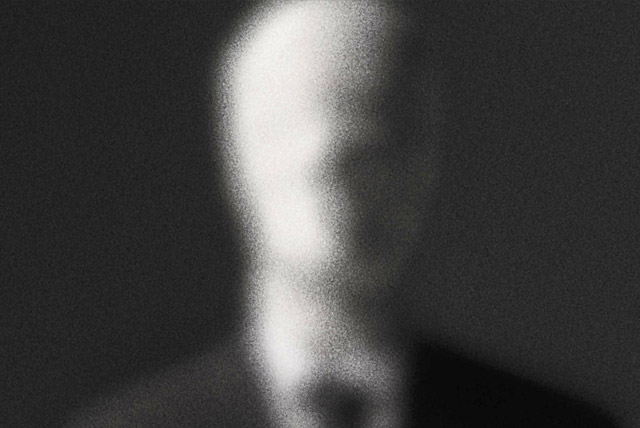 With the invention of the internet, reading about exploits and encounters with urban legends is more accessible than ever. But in 2009, the internet did something that had never been achieved in history, it created a terrifying supernatural monster slasher known as the Slender Man.

Who is the Slender Man? 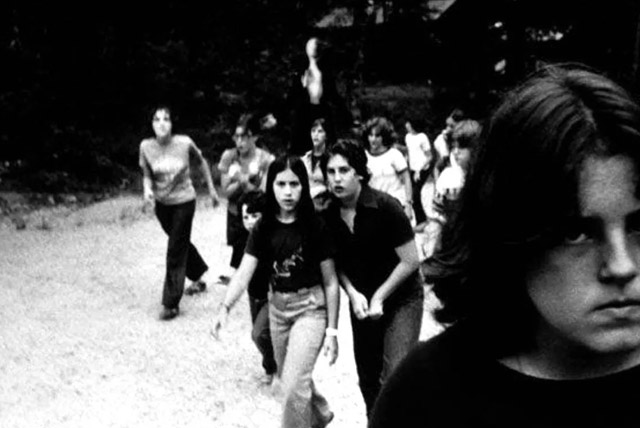 One of Eric Knudsen’s photos of Slender Man

The Slender Man is the first ever supernatural entity created through the digital folklore of the internet. The origin of Slender Man began as an entry to a satirical website contest. The idea was to create a paranormal image that would terrify and be taken for a genuine and unexplained entity. A man by the name of Eric Knudsen submitted a picture of a towering, faceless being wearing a black suit surrounded by children in a black and white color setting. 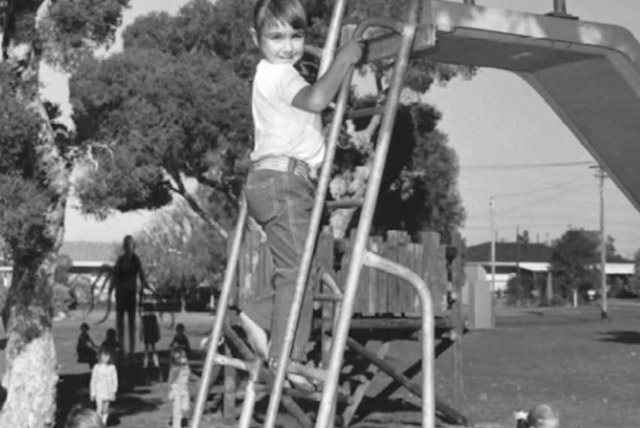 One of Eric Knudsen’s photos of Slender Man

His limbs were long and cascading, holding outstretched hands with the children he planned to abduct. Knudsen pushed the idea that Slender Man was an abductor of children and was presumed to show up in photographs of soon to be abducted and murdered little victims. He has been quoted about his creation by saying he wanted to, “formulate something whose motivations can barely be comprehended, and cause unease and terror in a general population”. Inspirations for the character have been rumored to include Knudsen drawing from the literary works of H.P. Lovecraft as well.

Being less than ten years old in creation, the Slender Man has experienced a bit of mythical evolution at the hands of many fans online. Chief among his presence is the “Slender Sickness”. Whenever the Slender Man is nearby or semi-confrontational to his victims a dizzying paranoia and hallucinations appear, followed by nosebleeds. To elude authorities, teleportation is another ability exercised by the Slender Man. It is also said of the Slender Man, that he appears just before a large fire may break out, thus providing cover for his murderous ambitions. 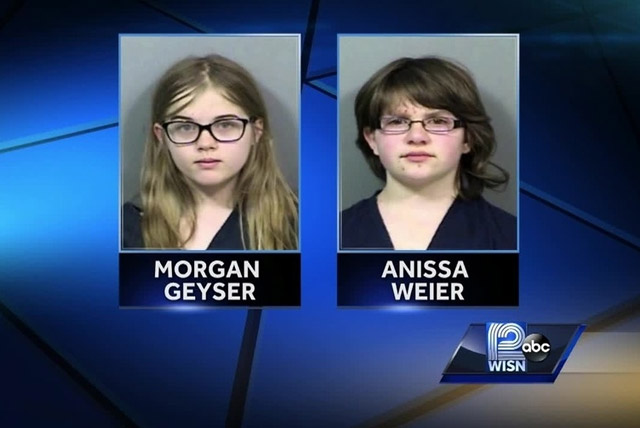 True to life, the Slender Man was the inspirational source of a real-life brutal teenage murder attempt in Wisconsin during the 2014 summer. Two middle school girls lured a classmate into the woods with the intention to kill her as they feared being killed by the Slender Man himself if they did not complete the deed. The victim survived and the two teens were given multi-decade jail sentences in a state mental hospital. They still claim that they fear the Slender Man and urban legend believers validate their claims to be a product of the dreaded “Slender Sickness”.

To this day, the haunting online presence of the Slender Man continues to give nightmares and disturb those who dare to summon his being or become snared in his “Slender Sickness”. Unlike many nightmare monsters and legends, the Slender Man to date holds no open weakness or chronicled story of defeat. And that is what makes him truly terrifying.

With the popularity of the Slender Man story and the real-life murders associated with it, you know Hollywood wasn’t going to pass this one up.

The Legend of Krampus