Published by FrightFind On May 4, 2019 Leave a response 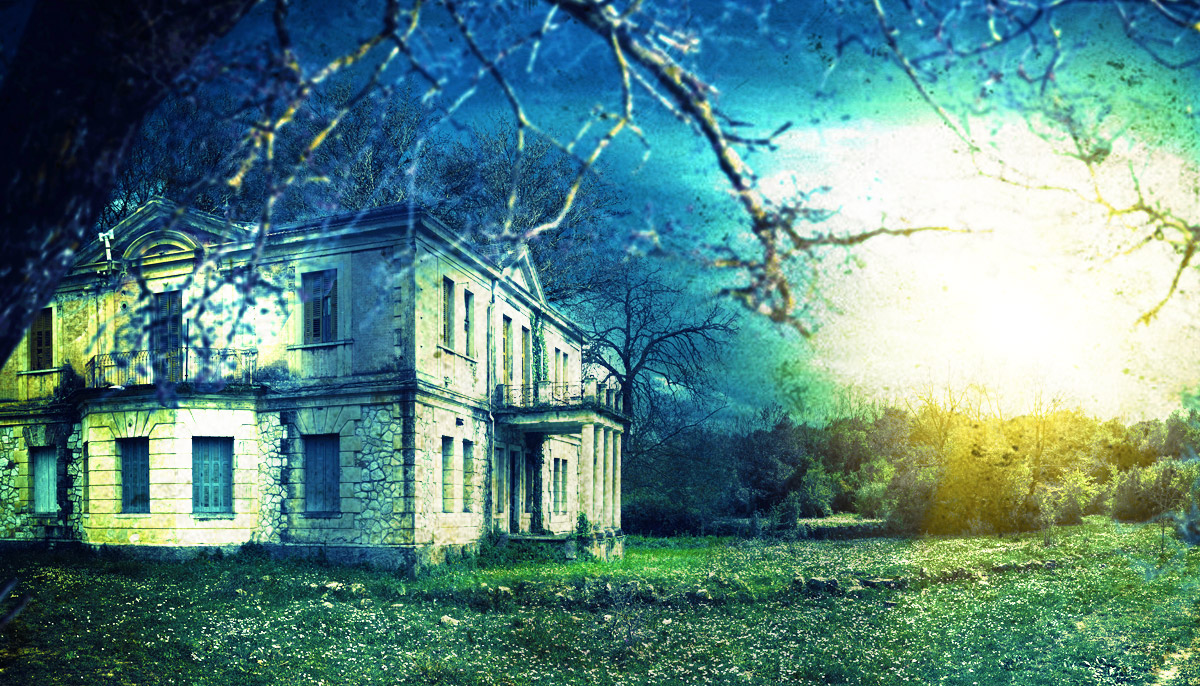 The bed and breakfast inn is a staple within any lodging community. Typically they are private, massively sized older homes that have been renovated to accommodate weary travelers looking for a more personalized lodging experience. Breakfast is traditionally served by the owners and other areas of the bed and breakfast such as living rooms and libraries are open to relax in.

Here is a list of seven of the most haunted bed and breakfasts to help unrest your paranormal inclinations: 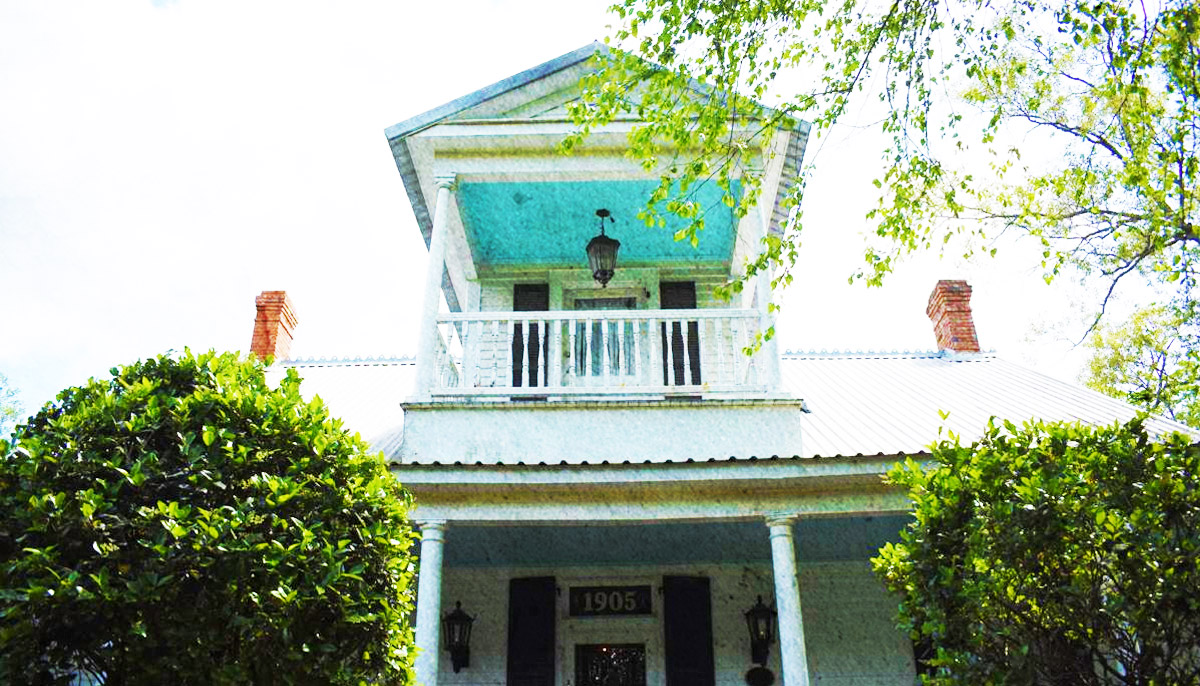 Built in 1880, this expansive and charming house was constructed by Acadians in the area who naturally gave it a wide and welcoming porch area. One of the original residents of this house was Amelie Comeaux, who lived there with her husband and child. However, yellow fever claimed the lives of both her husband and child soon after they moved in. Melancholia took over, and according to oral legend, Amelie committed suicide by throwing herself down the well in back of the property. The Catholic Church ruled her death suicide and would not allow her a proper funeral or to be buried on sacred ground.

Decades later, the home has been a successful bed and breakfast that makes it no secret that Amelie is still haunting it. Doors gently open, knobs turn, and occasional happy whistle is heard. The most heart-wrenching was her appearance to an employee in the attic as her spirit manifested, speaking only in French about how she wished to be laid to rest with her family. Today, the bed and breakfast remains wildly successful and the owners fully believe her presence there is a gentle one. 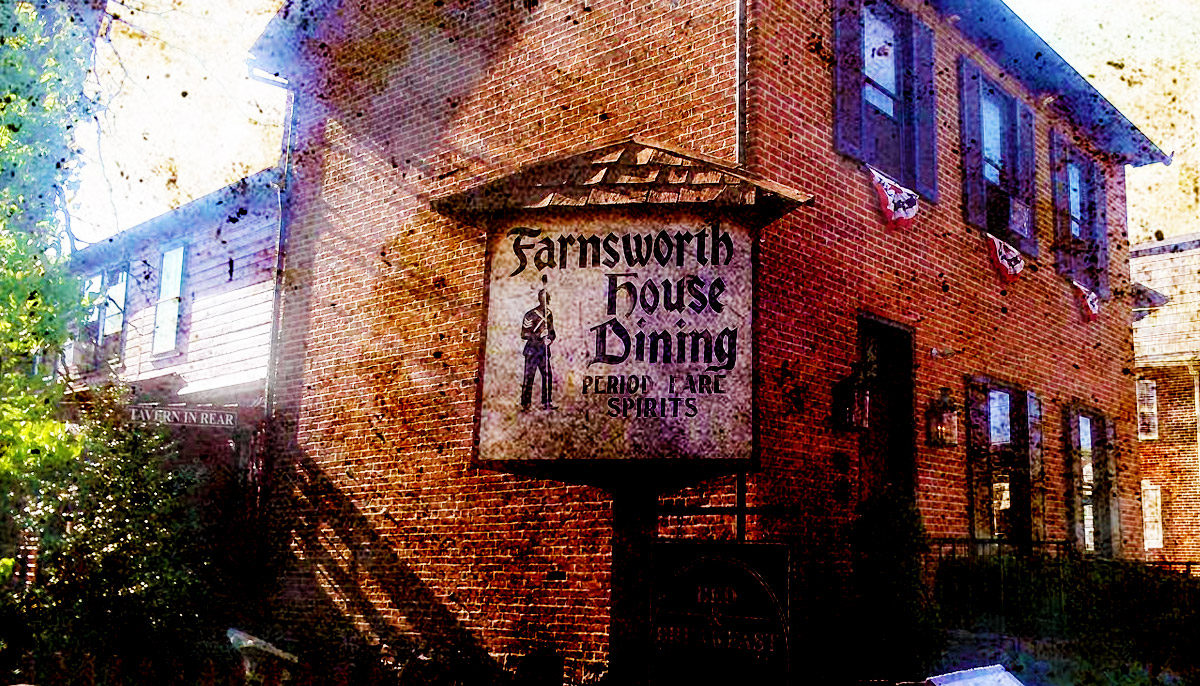 Half a mile from the historic Civil War era battlefield of Gettysburg National Military Park, the Farnsworth House is perhaps the most supernaturally active bed and breakfast within the area. Assumed to have been constructed sometime in 1810, this now modern day bed and breakfast is reported to be haunted by up to sixteen different spirits each completely different from the other. The young ghost named Jeremy is believed to be just eight years old, however being a ghost somehow has not discouraged him from playing games. Both visitors and employees alike report of approaching an open door only for it to be quickly shut before they can grasp the knob. Other times guests feel someone tapping them on the shoulder only to turn around and see nobody there while on the other side of their body, they feel the tiniest little gust of air pass against them as if a spirit just passes by.

Another ghost in the house has a mid-wife quality about her and guests have reported of an unseen force “tucking” them into bed in the middle of the night with a certain gentleness. Today the Farnsworth is the most popular bed and breakfast in Gettysburg and even caters to paranormal investigators and amateur supernatural seekers by hosting routine paranormal investigations. 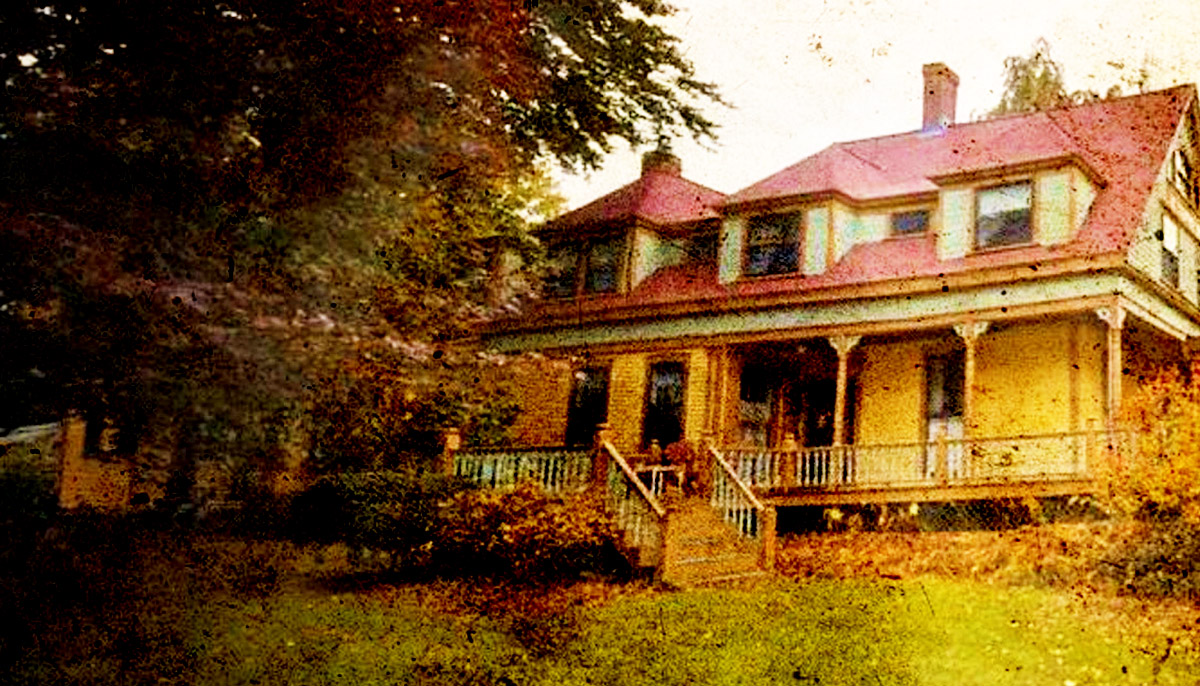 This multi-story home turned successful bed and breakfast is the ideal New England vacation spot. Large and spacious guest rooms with original antique furnishings and located incredibly close to the shores of Cape Cod Bay, the Beechwood Inn is more than ideal for a stay. Built in 1853, the Beechwood was originally a private home all the way up until 1980 when it was sold to its current proprietors. When closing on the home with plans to turn it into a bed and breakfast, the former owners mildly kidded the new owners that a gentle spirit they believed lived there too. Once the home was flipped into a bed and breakfast and officially open for business that’s when both guests and the owners began documenting paranormal occurrences.

Doors would not only open and close at random, but would also be locked many a time from the other side. Light bulbs in their sockets would somehow be unscrewed and removed while the shower curtain rods in the guest bathrooms would be inexplicably removed with no noise or perceived effort at all. Sometimes guests and the owners have spotted her white colored spirit hovering gently in the parlor room. The owners of the Beechwood have dubbed the spirit “The Mischievous Lady” after all of the harmless supernatural havoc she has been known to wreak. Still a lady even in the spirit world, she has also been known to chirp at guests and the owners a very bright “good morning!” 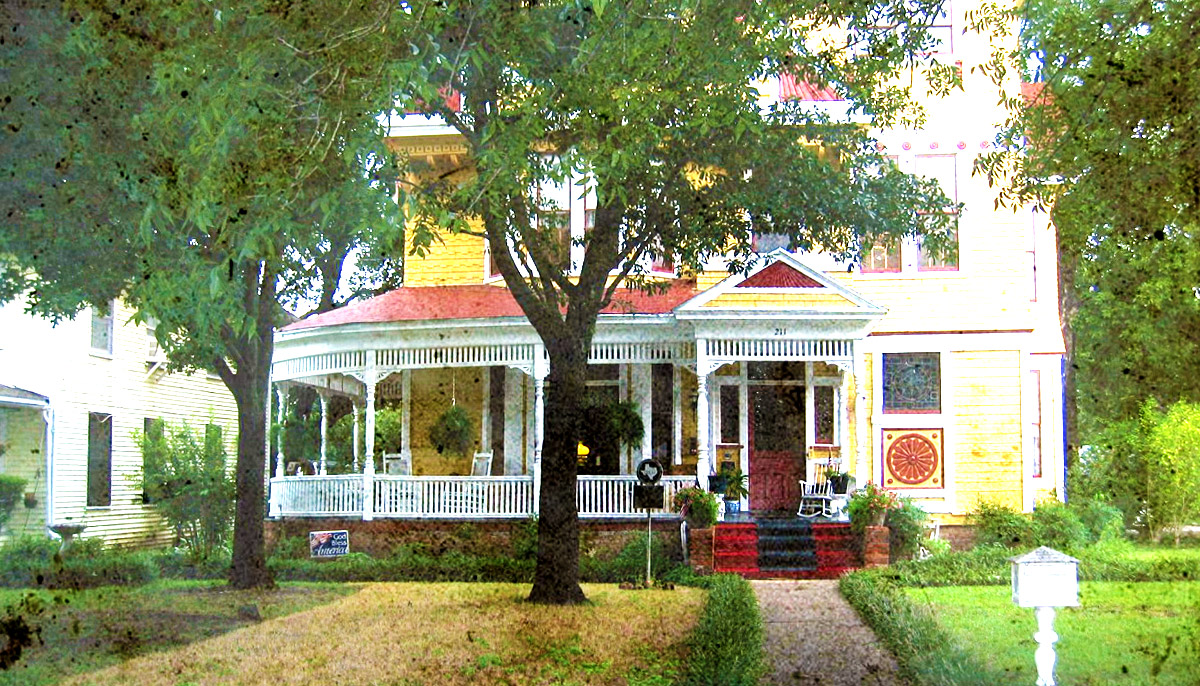 Standing at a tall and narrow three stories with yellow and peach color exterior, this one hundred and twenty four year old bed and breakfast is quite paranormally active despite its age. Located half an hour south of Dallas, the bed and breakfast was originally built by the Tarlton couple in 1895. The towering Victorian-style home was to be the perfect place to stay, but the happiness ended early when Mrs. Tarlton succumbed to a lengthy illness in the home. Depressed by his wife’s death, Duke Tarlton committed suicide by hanging himself in the attic.

Naturally the property changed hands over the many decades and before long stories about the bed and breakfast being haunted came to light. Presumably the most active point in the house is the attic. Guests and employees have claimed to see a black shadow-like presence that has been seen pacing around up there. Below the attic on the third floor, guests have reported a sensation of being in bed and feeling something heavy sit on the edge of the bed, leaving an impression all the while there is nothing there at all! A former housekeeper claimed to have seen Duke Tarlton fully manifested, and he was on his knees bent over, with his head in his hands as if he were weeping, no doubt for his long deceased wife.

While the house today has not had any malicious activity, locals still feel weary about the bed and breakfast and have been known to cross the street and avoid walking on the same sidewalk where the home lies due to a sudden and chilling uneasiness that they feel. 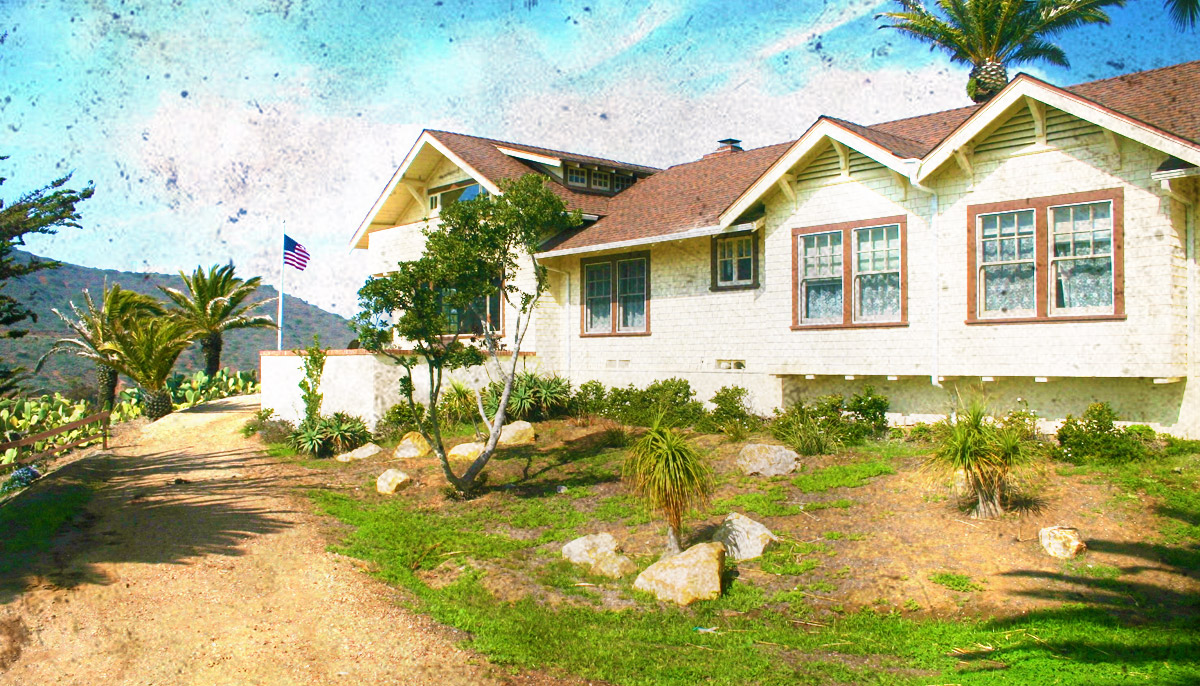 Situated on the easternmost point of Santa Catalina island off the coast of California, this hillside bed and breakfast has a magnificent view of the Pacific coast. The Banning House was originally used as a hunting lodge by the Banning family only to serve as a Coast Guard barracks back during World War II before it was refurbished into a female sleep-away camp during the 1950s. Adjacent to the stunning vineyards of Avalon, the Banning House became a charming, coastal California bed and breakfast, with plenty of spirits residing there.

The fisherman ghost is one of the most frequently reported. Unseen to most guests, his presence is said to be formidable in feeling, but not malicious at all. In fact accompanying his presence is an overwhelming scent of both burning tobacco as well as freshly caught fish. Another entity known as the “White Lady” has been seen in any one of the eleven guest rooms, quietly looking out the window before fading straight away. The most alarming spirit to see is that of actress Natalie Wood. She is said to have mysteriously drowned off the coast and her ghostly figure has been seen walking up and down the beach in front of the lodge looking distressed. Santa Catalina island is every bit of the romantic getaway it’s known for and it just so happens to now be known to house a minimally haunted bed and breakfast. 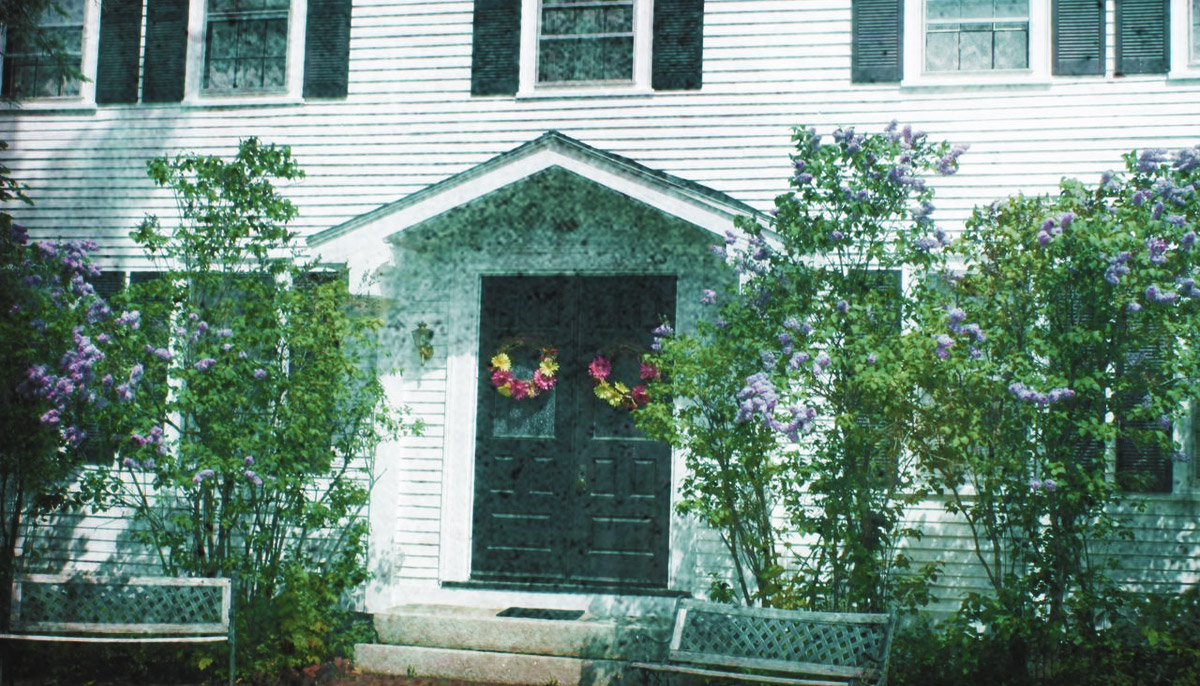 Majority of bed and breakfasts, as well as hotels, do not typically advertise their locations as being haunted. However, the Chapman Inn located in Bethel is the only known bed and breakfast out there to label itself as “officially haunted”. Recent owners of the inn began to experience many subtle paranormal occurrences within the property as well as their guests. Before long, the owners sought out a paranormal investigation team to finally answer all their questions.

The investigation revealed that in the early 20th Century, the home’s original owner William Chapman had a sickly daughter and he hired a nanny to watch over her. His daughter ended up passing away after befriending the nanny and by 1957 the nanny passed away as well. As a result, doors open and close frequently within the modern-day bed and breakfast without anyone by them. Footsteps hurriedly passing back and forth in rooms overhead and down hallways also have been audibly heard for decades. The most chilling of all to guests and employees there is the female voices that can be heard talking back and forth in a room, holding a full conversation while absolutely nobody is in there. The current owners of the Chapman Inn are fully cognizant of the paranormal activity here and encourage any visitors who experience the phenomenon there to take pictures or video and share it. 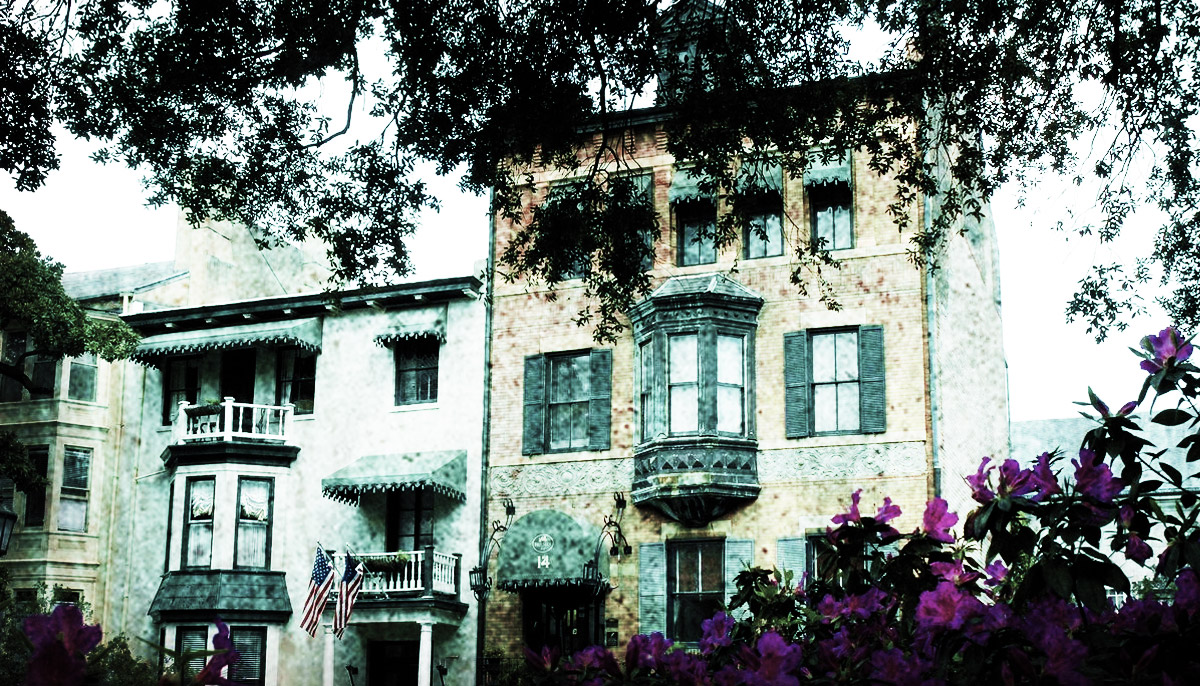 Savannah is routinely recognized along with New Orleans as being the most haunted city in the Deep South. The Foley House Inn is tightly located within Savannah’s Historic District and is quite active. The inn was constructed in 1896 by Honoria Foley, the widow of a wealthy Irish immigrant who has the distinction of making the Foley House the first bed and breakfast constructed in Savannah. Interestingly enough, the inn was constructed over the charred remains of some buildings that were burned down during the Great Savannah Fire of 1889. Undeterred, it wasn’t until a mild renovation in 1897 when skeletal remains were found within the inn.

Since the discovery of the remains, there have been untold amounts of paranormal sightings on the property. Affectionately, the remains were called, “Wally” by employees and Wally is said to be the main spirit haunting the bed and breakfast. Rushes of wind have passed by guests sitting in their rooms when not only nobody is in the room, but the doors and windows are shut thus providing no explanation for the mysterious gusts.

Another is a man in period clothing with a top hat who wanders the garden late at night forever searching for something only known to him. Cold spots and other strange noises are said to be an all too common thing in the Foley House. Today, the bed and breakfast enjoys success from the Historic District business in Savannah as well as being one of the more popular stops along the city’s many ghost tours.

Find a haunted Bed & Breakfasts near you HERE!