10 secrets you didn’t know about The Walking Dead

Published by FrightFind On June 2, 2017 Leave a response 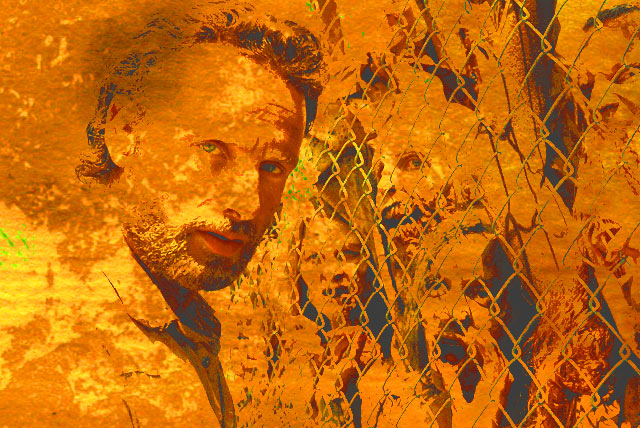 The Walking Dead fans have learned some bitter sweet news from co-producer Denise Huth regarding season 8, which is set to premier this October. Whether saddened by the fact that kick-ass femme fatale Rosita may be absent from much of the upcoming season, or thrilled that according to Huth, the 8th season will contain “a ton of action”, die hard fans of the show are no doubt looking forward to its return. So to celebrate this recently released information, we’ve compiled a list of some “stuff and thangs” you may not have known about The Walking Dead.

1. The Walking Dead often uses opening credits to foreshadow events for the season 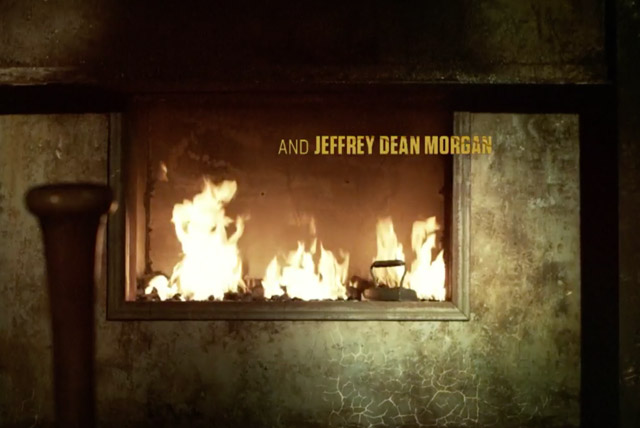 Some are obvious – Norman Reedus’s name appearing beside two arrows in a tree or Steven Yeun’s name appearing beside the pocket watch that his character Glenn received from Hershel – others are more subtle. Two of the more sly title cards featured Laurie Holden (Andrea Harrison) and Sarah Wayne Callies (Lori Grimes) names listed beside two bullet casings. Both Andrea and Lori succumbed to gun shot wounds in the show. A third slightly humorous title card featured Chandler Riggs’ (Carl Grimes) name over the image of a house – leading many a frustrated fan to assume it was a play on Carl always defying the rules to never leave home.

2. There’s a good chance that you’ve been to Terminus 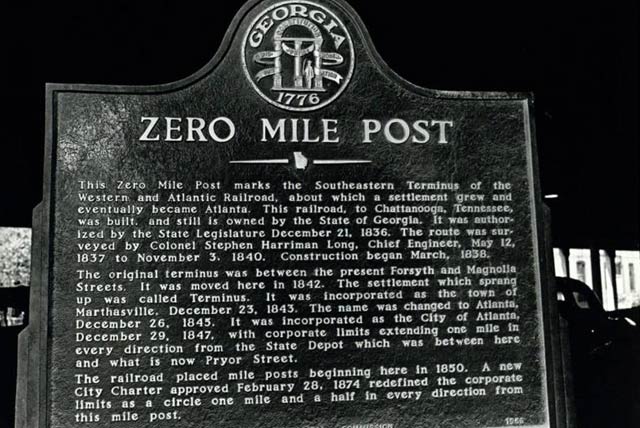 Although never an official name of the city, Terminus was a location in modern day Atlanta named so for a railroad that ran from the Midwest US to the Southeast. Terminating in Atlanta, a stake reading “Terminus” was driven into the ground by the Chattanooga Railroad company in 1837. The stake marked what would become the area nickname for roughly 5 years before being dubbed Marthasville, then later Atlanta.

3. At least two TWD actors have been bitten by fans in real life 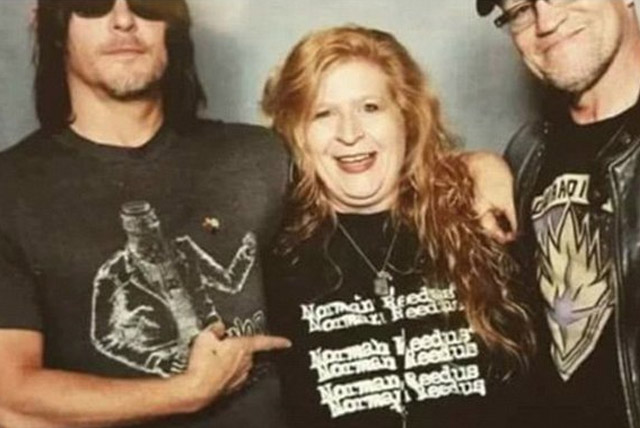 Tyler James Williams (Noah) and Norman Reedus (Daryl Dixon) learned the hard way just how rabid fans of the show can be. Reedus incurred a bite on the chest by a fan at a Walker Stalker Con and Williams had a fan bite his shoulder. Williams later recounted the incident to TV Guide, “The last show I did, I was kind of ripped apart. So I think they thought it would be fun to re-enact it, maybe. I just did not see it coming. They went in for a hug and bit me on the shoulder. It was like ‘Haaaa!’” Thankfully he did not turn…

4. Jeffrey Demunn (Dale) chose to leave the show after the firing of Frank Darabont 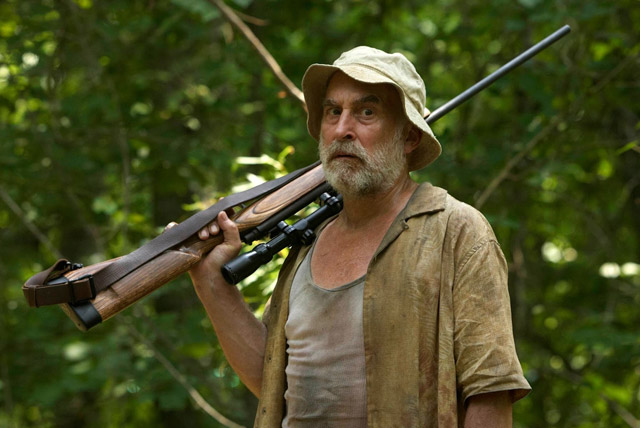 Back in season 2, everyone’s favorite zombie slaying grandpa, Dale, was seemingly prematurely killed off in the show despite his characters continued living status in the comics. This departure from the series raised some major questions among fans although it was quickly answered by actor Jeffrey Demunn himself. Demunn had been good friends with Walking Dead show-runner, Frank Darabont for years prior to filming TWD. Demunn had even appeared in other Darabont works such as Stephen King’s The Mist and The Shawshank Redemption. So to Demunn, it only made sense to leave when Darabont was canned mid season. Speaking to a Geeks of Doom blogger during a con, Demunn had this to say, “Frank is a good friend and I wasn’t going to stand there while they screwed him over like that. He worked for five years to get that show on the air.” Loyalty to the very end. 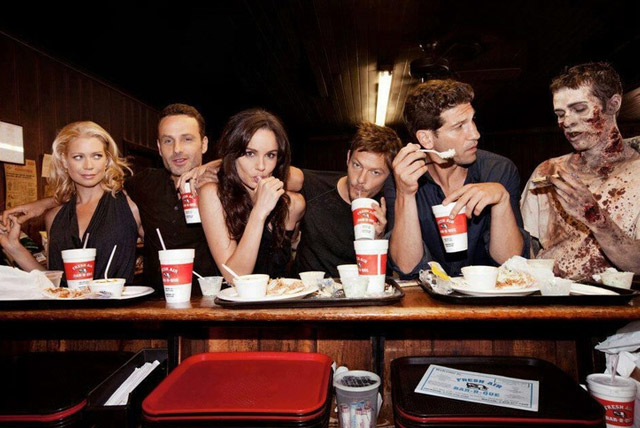 We’ve all watched the actual tearful goodbyes on AMC’s followup series The Talking Dead after the death of any major character on the show. Heartbreaking moments, like the one between Lauren Cohan (Maggie) and Steven Yeun after Glenn’s gory death at the hands of Negan, or Lauren Cohan and Scott Wilson after his character Hershel bit the dust…or the crying selfie between Lauren Cohan and Emily Kinney after Beth’s shocking departure in season 5 (can we all agree that AMC needs to stop making Lauren Cohan cry?).  It’s clear there is much love between the cast. So much love in fact, that after the death of a principle character, each of the series regulars comes together for a ‘last supper’ on the eve of the characters final day on set. 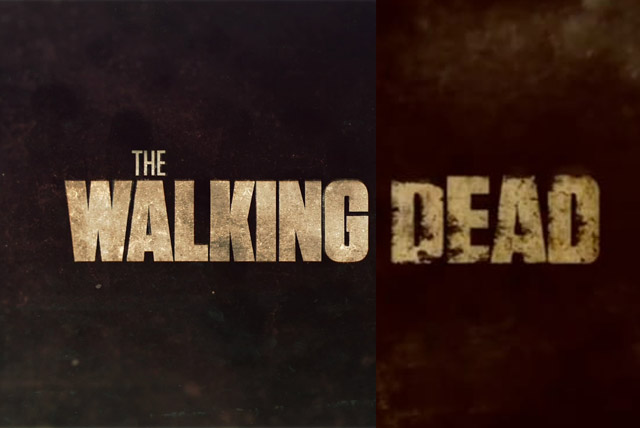 It makes sense for the decaying zombie actors of The Walking Dead to decompose and rot as time goes on, so their further graying and decaying state is not a surprise. But perhaps less noticeable is the intentional decay of the show’s title cards and opening font. In addition to visual decay, the show’s title score is actually transposed between a semi-tone and a full tone lower each season to reflect the darker atmosphere and setting. 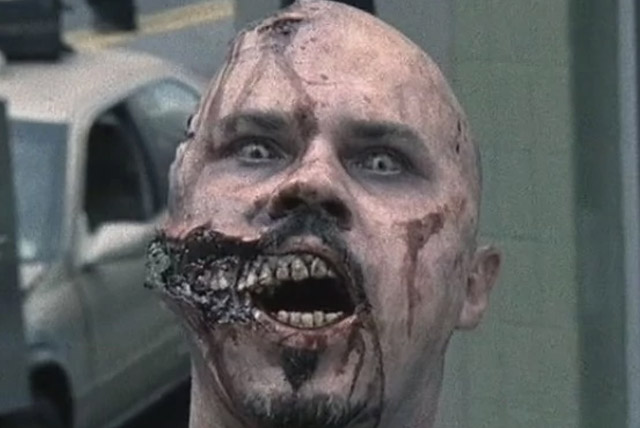 While it can be hard to tell the difference between one gray, decaying walker and another well…gray, decaying walker, some fans did begin to see some similarities between some of the more prominently featured undead. Two actors specifically caught the attention of some of the more eagle eyed fans of the genre. Brian Stretch, affectionately known as Tank Walker on TWD, and Sonya Thompson, “Snarling Car Walker” and promo walker for TWD, were both featured zombies in the living dead road trip flick, Zombieland (2009). You have to wonder if they’ll reappear in Zombieland 2. 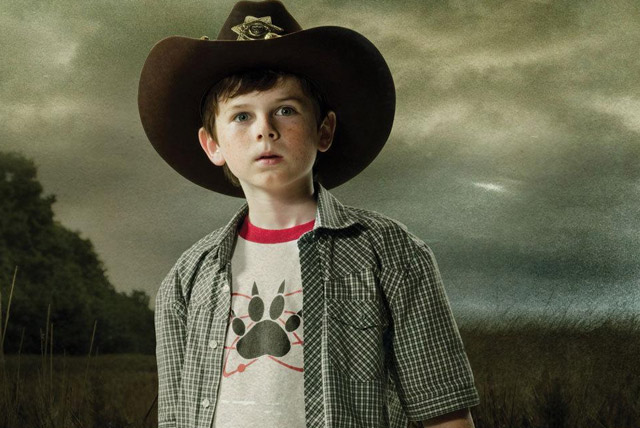 Much of the wardrobe for The Walking Dead features neutrals and solids, likely as not to detract from the main plot and multiple storylines, but every so often a character will stand out in something printed or unique. Whether it be Daryl’s infamous winged vest or colorful poncho, or Negan’s crisp leather jacket, these fashion choices are made intentionally for one reason or another. Carl’s “atomic paw” t-shirt from the beginning of the series is no different, featuring a fictional comic book logo from Walking Dead writer Robert Kirkman’s other passion project, Invincible.

9. Michael Cudlitz was a Mighty Duck 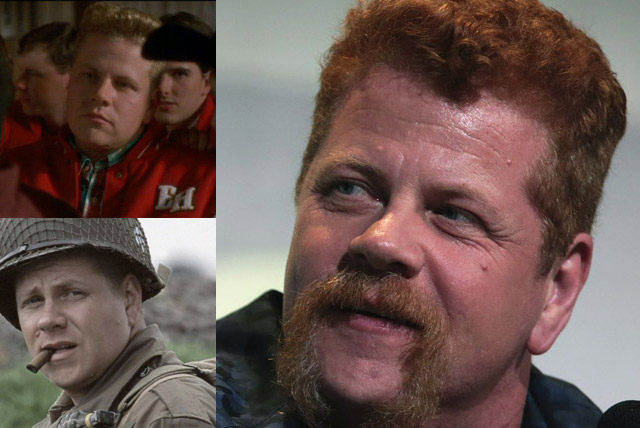 Most know Michael Cudlitz as the stern but lovable Sgt. Abraham Ford in The Walking Dead, but you may not know that he is also the voice of another Sgt. – Sgt. Glenn “Hawk” Hawkins in Call of Duty 2. In fact, he’s voiced multiple characters from other COD games, including Call of Duty: Modern Warfare 2 and Call of Duty 4: Modern Warfare. And well before ever wielding a weapon on your favorite game console or AMC, he was an Eden Hall prep school jock in Disney’s D3: The Mighty Ducks as well as Bull in Band of Brothers. 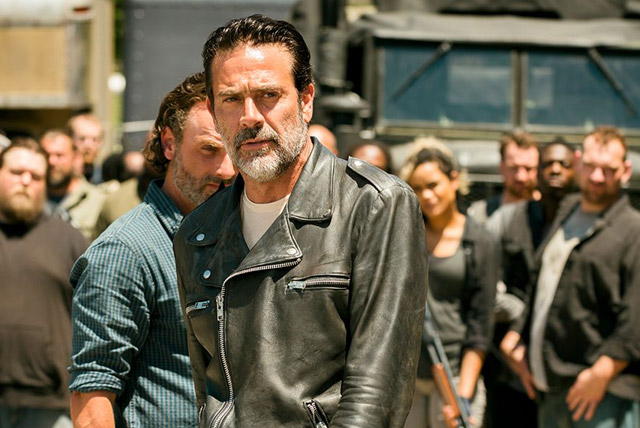 It can be hard to keep track of the days during an apocalypse. Days can feel like weeks and weeks can feel like months, not to mention the show never explicitly opens with information surrounding the length of Rick’s coma. Well, we have that information. When we watched Rick wake up in an overrun hospital it had been almost two months since the beginning of the end. And when the show picks back up this fall we will be on day 635 – roughly one year and nine months since the “wildfire”, or outbreak began. With all that has happened thus far, we can’t wait to see what the full extent of two years brings to our survivors.

The Walking Dead returns to AMC this October.

George A. Romero, ‘The Godfather of Zombies,’ has passed away at 77