Published by FrightFind On August 21, 2018 Leave a response 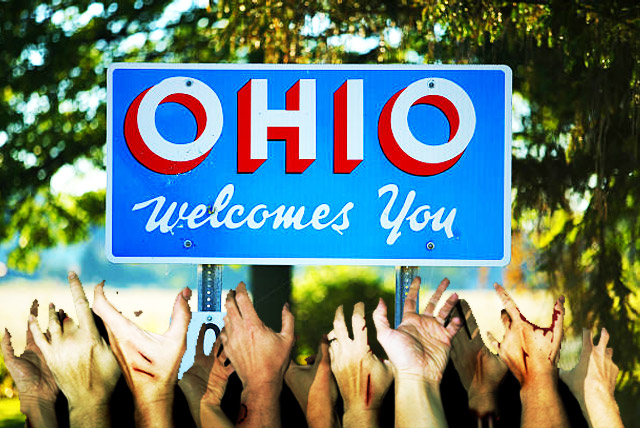 The state of Ohio is home to many things: Buckeye trees, the first professional baseball team, and the Rock and Roll Hall of fame, but what about supernatural beings? Well, it turns out the Buckeye State has its fair share of creepy locales, some of which may be home to a paranormal entity or two. Here are a few notable haunted places in Ohio that will send chills up your spine.

Haunted House of Wills in Cleveland 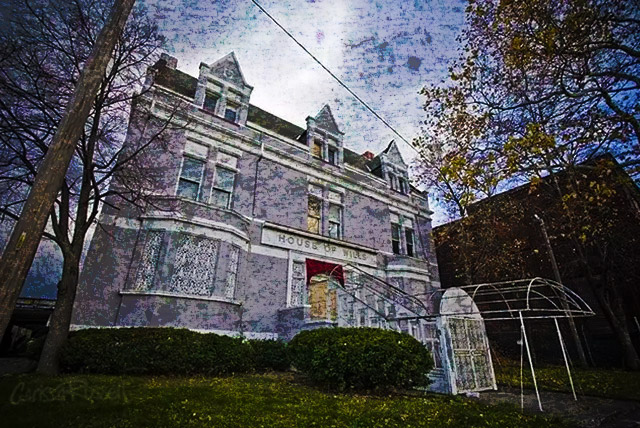 If there’s any place on this list that would house a ghostly spirit, it’s this place. Once a massive funeral home – and before that, it was a German Opera house – the haunted House of Wills in Cleveland is now a derelict building filled with crumbling ceilings and relics from the past. In 2010, it was purchased by a High Priest of the New Church of Satan in the hopes of renovating the 34 room mansion. Tours are available on the Church’s website for anyone who wants to experience a walk around the ominous building. People have reportedly witnessed strange mists, and some have even claimed to have seen the ghost of J. Walter Wills, the previous owner who died in the mansion back in 1971. 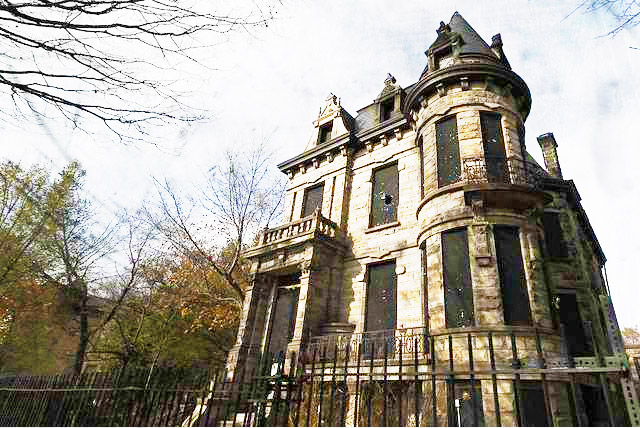 Located in Ohio City, Franklin Castle appears as a beautifully designed Victorian home but is known as one of the most haunted locations in the Buckeye State. Franklin Castle was built in the 1880s by a banker named Hannes Tiedemann. The castle proved to be a curse for Tiedemann since many of his family members – including his mother and four of his children – died in the house. In the past few decades, there have been reports of people hearing sounds of babies crying and seeing a mysterious woman in black roam the hallways. Today, Franklin Castle is privately owned – which means no trespassing folks – but anyone curious about the building can view it from the sidewalk. 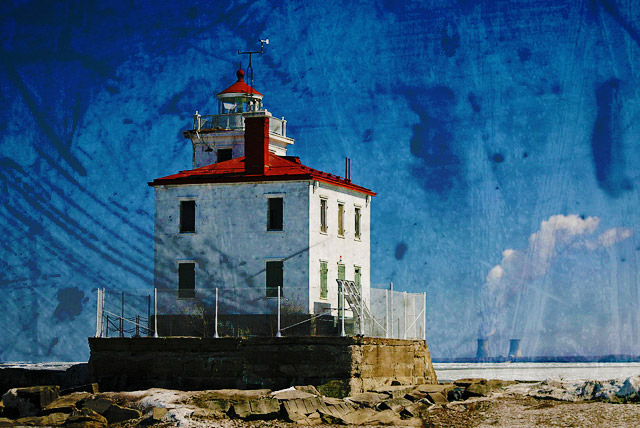 What’s a list of haunted locations without a creepy lighthouse? The Fairport Harbor Lighthouse was first completed in 1825 and is referred to as “The Light that Shone for 100 Years.” Today it serves as a marine museum that houses a number of artifacts and maritime exhibits. It is also home to Sentinel the ghost cat. Legend has it that one of the previous headmaster’s of the lighthouse gave his bedridden wife numerous cats to keep her company. Unfortunately, she passed away soon after and many of her cats left – except for one gray cat. Some say the cat is still there – albeit in spectral form – with one curator claiming to have seen the cat skittering across the floor near the kitchen. 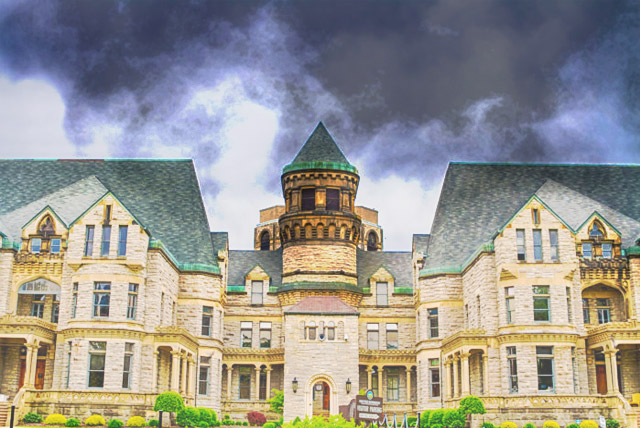 If you’re a fan of the 1994 film The Shawshank Redemption, then this place will look very familiar to you. Also known as the Mansfield Reformatory, The Ohio State Reformatory is a massive prison complex located in Mansfield, Ohio. Construction on the foundation started on November 4, 1886, and was designed by Cleveland Architect Levi T. Scofield, who envisioned a building with gothic architecture so unnerving that it would encourage inmates to leave their criminal tendencies behind. Today, the prison is said to be quite haunted by the ghosts of the past. The haunted prison offers ghost tours and hosts a haunted attraction each Halloween for any brave customers who hope to capture a glimpse of spirits who are still imprisoned within the building’s walls.

The Haunted Grounds of Mudhouse Mansion 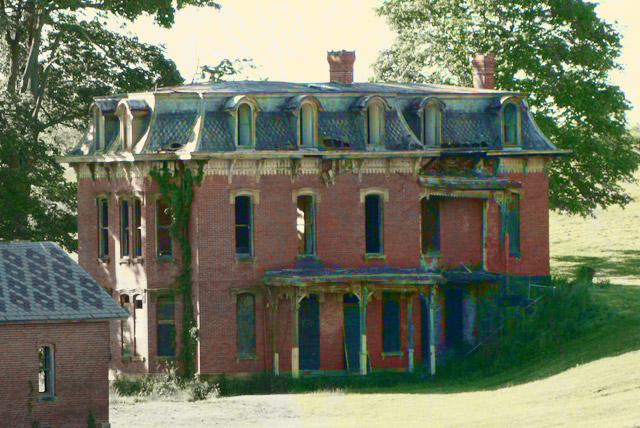 Haunted Mudhouse Mansion before being demolished in 2015.

This next haunted location is unfortunately not around anymore, but nevertheless, it has become a legend amongst locals for its ghostly stories. The Mudhouse, located in Fairfield County, Ohio, was a towering mansion that became a hotspot of spooky lore amongst locals. For decades, people would trespass on the property to wander the building’s crumbling walls and hope they’ll leave with a frightening story to tell – perhaps they’ll hear voices of small children or a figure roaming the hallways. Due to years of trespassing and the amount of money needed to renovate it, the owners of the Mudhouse decided to tear it down. Although gone, some Fairfield County locals keep the legend alive by passing down stories of the ominous building to future generations. 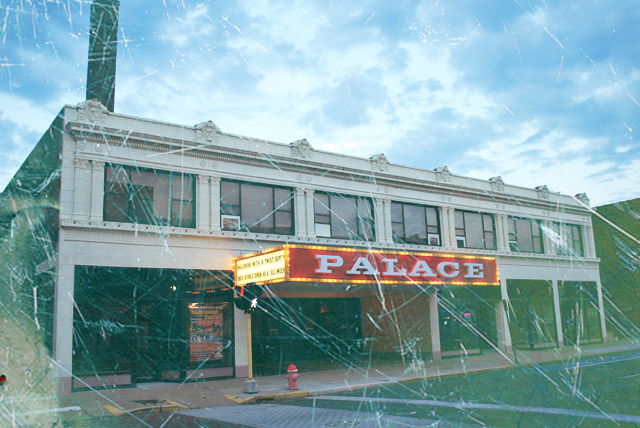 The Lorain Palace Theater, located in Lorain County, Ohio, is one of the oldest movie theaters in the state. Opened in 1928 to much acclaim, the theater was one of the first in Ohio to play talking pictures. Due to its rich legacy dating back to the early 20th century, it’s no surprise that there have been a few instances of ghostly activities lurking about the theater. Paranormal investigators claimed to have spoken with the numerous spirits whose lives tragically ended at the establishment. One spirit, who said his name was Ed, worked at the shipyard – which was located behind the palace – until he was murdered when he was pushed down the stairs. Another spirit said they had died from a heroin overdose, while many others were killed when a tornado hit the county back in 1924. For those further interested in the Theater’s unexplained activity, a documentary was made about the Lorain Theater Palace by a group of local paranormal researchers.