Published by FrightFind On September 18, 2017 2 Responses 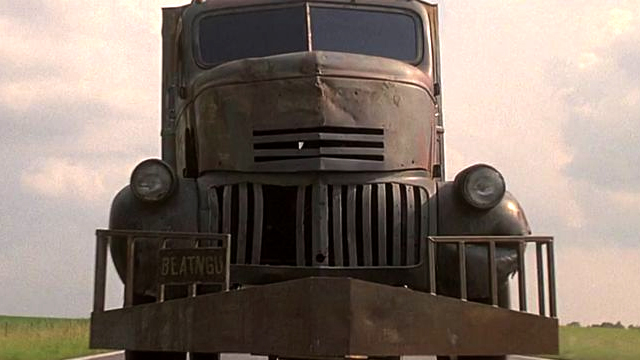 While most horror franchises are made from tales of creepy ghosts, vampires, and imaginary monsters, Jeepers Creepers is originally based on a true story. Well, some of it at least. The winged monster and other details are stretched quite a bit, but yes, the opening story of Jeepers Creepers was indeed based on the real-life misdeeds of a man named Dennis DePue.

In 1990, Dennis DePue was on the run. DePue had murdered his wife and left her body behind an empty schoolhouse. He was never charged and the truth behind the murder may never be known. Many people postulate that DePue’s wife filed for divorce and he killed her in a fit of rage. He would never have been discovered, but an unlucky turn of events led to him becoming the main suspect.

Sadly, DePue had previously beaten his wife, Marilyn DePue, in front of their three children. Afterward, he told the children that he was going to the hospital. Instead, he took their mother to the schoolhouse where he shot her in the head. He assumed that he would not be bothered because few people drove down the isolated Michigan road. On April 15, 1990, DePue reported his wife as missing. His neighbors immediately suspected him as the DePue’s marital decay was well known. 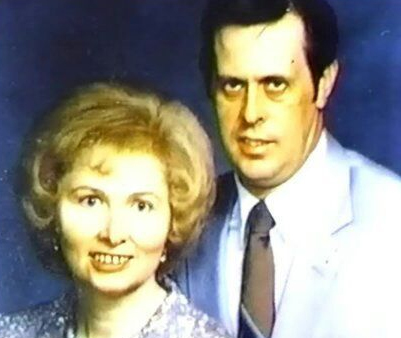 Dennis DePue and his wife Marilyn

While DePue was disposing of his wife’s body on an isolated road, Ray and Marie Thornton happened upon DePue and witnessed the act. The Thornton’s were playing a license plate game while on their drive when they first noticed DePue’s van. The van was pulled over at a church when Marie Thornton noticed DePue moving what she described as a bloody sheet from his van.

Once they passed by, DePue quickly began to follow them very closely for several miles. Eventually, DePue gave up. However, the Thornton’s turned the tables and went back to investigate only to find DePue changing his license plates on the side of the road. They saw blood in the van when they drove by which convinced them to return to the church where they had seen DePue and the bloody sheet. They would eventually report their findings to the police.

Later on, the scene of the Thornton’s following the murder was told on Unsolved Mysteries. It would eventually be recreated in the opening scene of Jeepers Creepers.

The early scenes of Jeepers Creepers copied nearly the exact dialogue, including the license plate game and the chase scenes from the “Unsolved Mysteries” episode. Interestingly, film director Victor Salva credited Steven Spielberg’s Duel as the inspiration rather than the Unsolved Mysteries episode. He may have thought no one would make the connection, but the similarities were noticed by viewers.

After discovering that Dennis DePue was also missing, the police began investigating him in his wife’s disappearance. He disappeared into hiding and the case initially went unsolved. In 1991, the episode of Unsolved Mysteries showcased the murder which caused Dennis to panic. He left the hideout that he had lived in for 11 months and fled to Texas. While in Dallas, he took on the name of Hank Queen and tried to start a new life. The police ultimately discovered the ruse, and Dennis DePue fled to Mississippi. The manhunt ended when DePue took his own life leaving many questions unanswered.

Early in the morning on March 21, 1991, Dennis DePue was found slumped over his steering wheel. The chase started in Louisiana after Mississippi police were notified about a van with stolen Texas tags. The police set up a roadblock on the Interstate 20 bridge, and officers were told to shoot out his tires. DePue managed to make it through the roadblock with just two tires damaged, and he turned off the freeway. He shot at the deputies and rammed a police car. Realizing the risk, Sheriff Paul Barrett told his deputies to take DePue out.

They caught up with the vehicle as DePue opened fire again. When the shots died down, the deputies approached the vehicle to find DePue dead. The van was filled with bullets and clothes. From the angle of the shot, it was apparent that DePue had shot himself. In the movie, the murderer continues his killing spree. The real killer died long before the movie ends in a police chase that ended in a suicide.

Jeepers Creepers 4. Is it Happening?

Real-Life Shark Poses as Jaws for the Camera

MoPOP’s Scared to Death gets a visit from The Ring