Jeepers Creepers 4. Is it Happening? 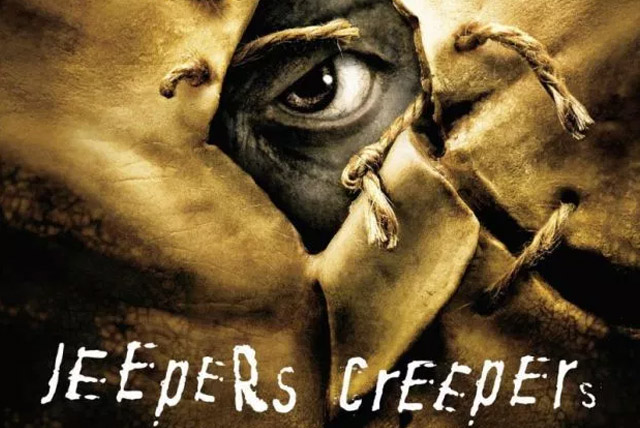 This article originally released in July 2018 has been updated as of 4/30/2019 to reflect new titles and updated information on Jeepers Creepers 4 progress.

After 17 years, the tale of the seemingly indestructible and immortal Creeper may be coming to an end with Jeepers Creepers 4. Originally thought to be Jeepers Creepers 4: Cathedral, it sounds as if we may get a 2 for 1 movie and TV series deal. Jeepers Creepers 4 is in the works and will likely go straight to VOD/DVD release, but Jeepers Creepers: Cathedral is also said to be in development for a potential TV series. Victor Salva, who has directed all three of the prior Jeepers Creepers films, will be also directing what is rumored to be the final installment.

Is Jeepers Creepers real? Read about the true life events that spawned the series and gave the Creeper life.

Details are scarce on the premise of the fourth movie, but here’s what we know so far: Trish has a teenage son named after her brother—Darry. She is also seeking vengeance for the Creeper’s murder of her brother twenty-three years ago at the hands of the Creeper. It is said that Jeepers Creepers 4 will be the end of the series. Jonathan Breck, who plays the Creeper has said that the 4th installment of the series will be going in a totally different direction.

Before we talk about the newest film in the Jeepers Creepers franchise, let’s take a stroll down memory lane. In 2001, it all began as we saw siblings Trish (Gina Philips) and Darry Jenner (Justin Long) have the road trip of their lives back from college…that is, if they were able to stay alive long enough to escape the deathly, fear-fueled grip of the Creeper (Jonathan Breck).

The first installment bore witness to Trish breaking some major horror tropes, as she eventually outdoes and outlives her brother, whose shocking demise made for an iconically grisly conclusion of the Creeper’s first tale on the silver screen.


Following Trish and Darry’s encounter with the Creeper, Jeepers Creepers 2 saw the efforts of the farm-wise Taggarts—Jack Taggart Sr. (Ray Wise) and Jack Taggart Jr. (Luke Edwards)—to figure out just exactly what the ancient demon is after with his newest slew of victims. Amidst the gore and chaos of the second film, a series of visions from cheerleader Minnie Hayes (Nicki Aycox), leads to audiences learning that the Creeper emerges every twenty-third spring to hunt and eat humans for a twenty-three-day smorgasbord.

The ending sees an aged Taggert Jr. keeping watch over a hibernating Creeper twenty-three years after the events of the film, which he has marketed as “The Bat Out of Hell” for a morbidly humorous roadside attraction.

The loose strings of the franchise began to tie together in the straight-to-DVD Jeepers Creepers 3, with a cameo from Trish in the film as a fleet of law enforcement officers—including Sheriff Dan Tashtego (Stan Shaw), Sergeant Davis Tubbs (Brandon Smith), and Deputy Dana Lang (Joyce Giraud)—attempt to put an end to the Creeper. Like the end of the second movie, we see Trish twenty-three years into the future vowing revenge on the Creeper for Darry’s death.