The Sorrento Hotel in Seattle, WA has been accepting guests since 1909. In the early days of the hotel’s existence, there weren’t any signs of apparitions or appearances. That changed when Alice B. Toklas died. She’s been seen haunting the halls of the Sorrento. Her family lived in the First Hill neighborhood in the late 1890s, which is where the Sorrento now stands. It’s thought that’s why she haunts the location.

Numerous people have seen a ghostly figure walking the halls in a flowing white gown. She’s especially visible on the fourth floor around room 408. Locals around the hotel have seen a strange looking woman with a parasol wandering around outside the hotel at night.

Some guests have seen glasses move in the bar area. One woman reported that she was sitting in the bar when she felt someone poke her gently in the back. Her husband was several feet away and no one else was near her. 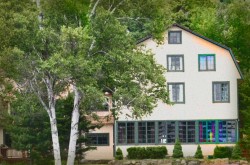 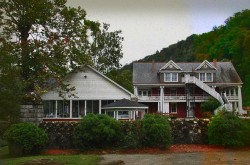 This Inn first came to life in 1839 when Andrew Stockton got a license to entertain stagecoach traffic. Read more…