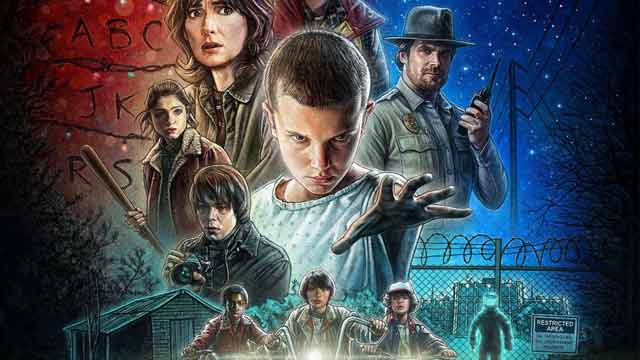 So you haven’t quite wrapped up Game of Thrones and are only half way through Orange is the New Black. We get it. You have a lot of options these days and you can watch just about any show, anywhere, with the click of a button. However, if you love great storytelling, and especially if you’ve been alive in the last 50 years, stop what you’re doing and go watch Netflix’s Stranger Things.

You heard us right, after reading this article, go watch Netflix’s Stranger Things! Seriously. It’s full of everything you love from the 70s, 80s, 90s, and even some 00s. It carries a ton of nostalgia for anyone over 30 and plenty of fun for the youngsters, too! It touches on E.T., The Goonies, Close Encounters, The X-Files, some Star Wars and even a few He-Man references to keep flow of memories rushing back from your childhood.

With many of our favorite movies being remade or rebooted these days (see Ghostbusters, Stephen King’s IT, John Carpenter’s The Thing, to name a few) Stranger Things doesn’t remake anything. Rather, it reconnects us to stories we love.

What is Netflix’s Stranger Things?

Stranger Things is an homage to everything you loved about the 80s, except maybe your giant bangs. The series is the creation of twin brothers Matt and Ross Duffer who are known for writing and directing sci-fi horror for film and television. When you watch the series, you will probably notice something wonderfully familiar about it. That’s because there is.

Stranger Things doesn’t just borrow from your childhood movie library, it becomes it. It doesn’t cheaply steal plot lines, it reflects the look and feel of our favorite films. The extreme influence Steven Spielberg has had on these filmmakers is clear. E.T. is so present that you can’t go five minutes without finding a reference to the 1982 classic. But E.T. isn’t the only film that lives within the Stranger Things world. 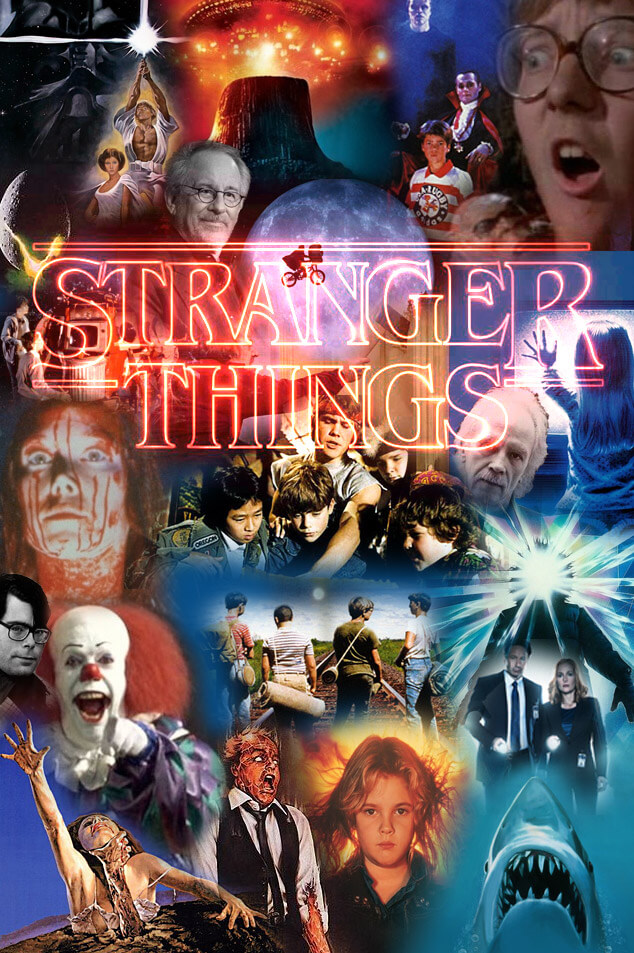 Here are just a few of the classics referenced in Stranger Things:

Plus, you’ll likely spot even more classics as you binge watch this childhood reunion. Stranger Things is mystery, sci-fi, and horror wrapped into a Wonder Years episode. Set in Hawkins, Indiana in the early 80s, the show is home to a struggling single mom, Dungeons and Dragons-playing boys, the nerdy girl dating the football star, a handful of bullies, a police chief who hits the bottle, a top secret research center, a girl whose nose bleeds when she make things happen, and a Hellmouth. This ain’t no Mayberry!

The Plot of Stranger Things

It doesn’t take long for things to go all Monster Squad when Will, one of the D&D kids, goes missing. Will’s friends jump on their banana seat bikes and begin their adventure looking for him. The more they look, the stranger the mystery becomes. They aren’t the only ones searching. The chief of police is on the job as is a secret government group with unsavory ethics. Who will find Will and end his mother’s misery? Will’s mom is played by Winona Ryder who gives the most unexpected performance of her career as she channels elements of Richard Dreyfus’s Roy Neary from Close Encounters and Jack Torrance of the Shining. 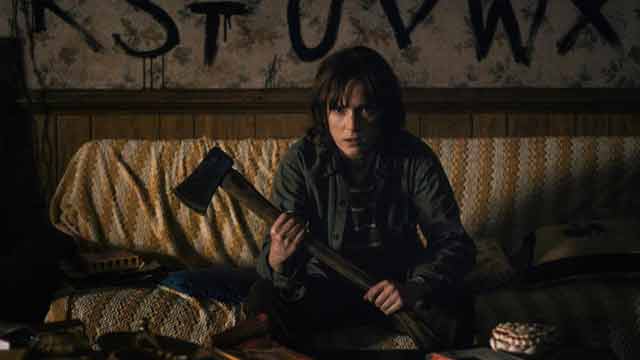 You will have questions!

What does Will’s disappearance have to do with the girl running through the woods in a hospital gown and the number 011 tattooed on her arm? Is she running away from Matthew Modine and his top secret government agency? It’s possible. Will she meet the nerdy boys and help them on their quest? Maybe. Will Sloth help Chunk escape the clutches of the Fratellis? So many questions!

The point is, you will have more questions than answers, and you won’t be able to stop watching once you start. The Duffer Brothers, who wrote, directed, and produced this Netflix gem, keep you guessing from the start. It’s as if Steven Spielberg, John Carpenter, and Stephen King are somehow controlling these two young filmmaker’s minds. Come to think of it, that might be a great show, too!

Will there be a Stranger Things Season 2?

Yes. The answer is yes and yes. We definitely are hopeful to go several more seasons. And the plan is to continue with this set of characters while introducing a few critical key new ones next season. So I’ll just say that a lot of the big mysteries get answered at the end of Season 1, but we are very much kind of unearthing new problems and questions that merit future stories and future investigation in the most enjoyable way. So we are in love with our cast and our characters. Things end up being resolved to some extent at the end of Season 1, but not entirely. And that’s why we’re so hopeful we get another few seasons to live with these people a little longer.

The Duffer Brothers are Hopeful, and Ready, for a 2nd Season

Not only are the Duffer brothers hopeful of a second season, they are prepared. They already have droves of research to guide the future of the series. The Duffer Brothers told IGN,

Now, we don’t answer all the questions by the end of the season – there are definitely some dangling threads. The hope is that it feels satisfying but that we left room and that if people respond to it we can go back into this world. But if we do get to go back, it’s not a second season as much as a sequel.