Summer of ’84 is a Reality Based Stranger Things

Published by FrightFind On January 31, 2018 Leave a response 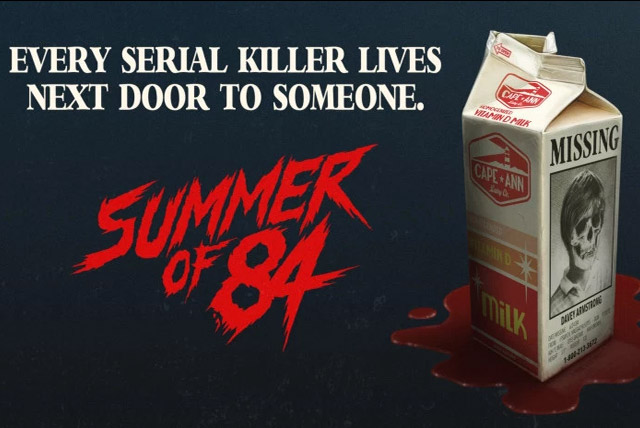 Perhaps it is our seemingly endless variety of techie gadgets and virtual reality headsets that are driving us right back into the simpler arms of the past, but no matter the cause, it’s clear that an 80’s nostalgia train has started – and there’s no signs of it slowing down anytime soon.  While it’s no secret that clothing and hairstyle trends cycle around every couple of generations, this current revival seems to be coming in the form of film. (Sorry 80’s fashionistas, looks like our acid wash jeans will remain in the closet just a little bit longer.) 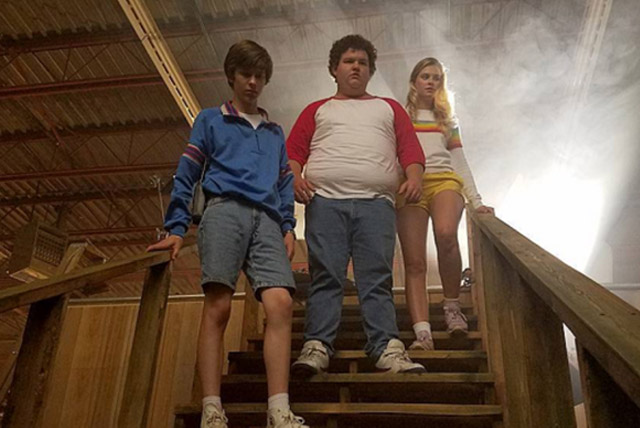 2017’s blockbuster remake of IT (updated to take place in 80’s), as well as the popularity of Netflix’s Stranger Things, have reinvigorated audiences to the genre of fun, kid powered, horror flicks. And just this past week, attendees of the Sundance Film Festival got an exclusive first look at the next synth-scored, Goonies-esque thriller to hit the big screen, Summer of ’84.

Summing up Summer of ‘84

Summer of ’84 comes from the creative minds at RKSS Films, a self described “triforce” collective of writers and directors made up of Francois Simard, Anouk Whissell, and Yoann-Karl Whissell. It is the second film for the trio, following their well received 2015 debut of Turbo Kid, an action-adventure comedy set over a decade later in 1997. But Summer of ’84 is pure 1980’s glory.

The film follows a rag tag group of four teens led by a young conspiracy theorist and tabloid fanatic, Davey (played by Graham Verchere), on the hunt for the notorious Cape May Slayer, a serial killer who has claimed the lives of 13 teenage boys near their Oregon suburb. Opening with a promise that the “craziest shit always happens in the suburbs”, viewers follow Davey and his bored band of brothers, Woody (Caleb Emery), Farraday (Cory Gruter Andrew), and Eats (Judah Lewis), as they embark on what appears to be a futile hunt for the suspected killer…who just happens to be their friendly neighborhood police officer, Mr. Mackey, played by Mad Men’s Rich Sommer . 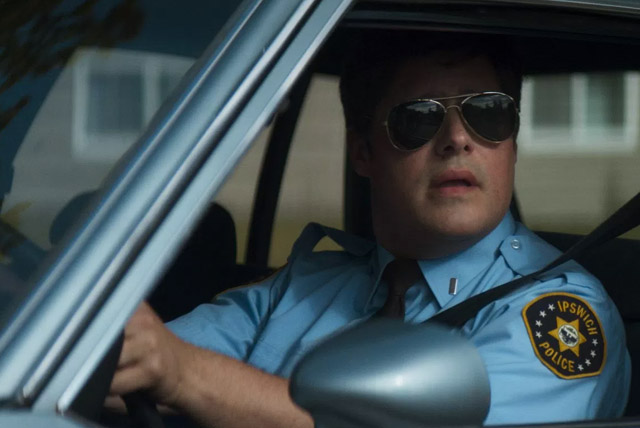 Accompanied by a heavy, synth-pop score, courtesy of composer Le Matos, and with absolute eagle-eyed attention to wardrobe and set design, Summer of ’84 hits a lot of the right marks. Even the film’s poster, with its bold, red slasher font, and a kitschy “Missing” milk carton – complete with a spooky skull – harken back to the good ol’ days of gleeful, campy horror.

But don’t let this film’s looks fool you. With grisly undertones that culminate in a gory finale, faint of heart horror fans (or their parents) looking for a Stand By Me stand-in, may get more than they bargained for. And if early Sundance reviews are to be believed, the currently unrated film earns at least a hard PG-13 rating.

Summer of ’84 hasn’t nabbed a release date yet, but if you’re an 80’s baby looking for a romp down memory lane, be on the lookout for its theatrical release. This is one that’s sure to satisfy!