Home » Haunted News » The John Zaffis Museum of the Paranormal

Published by FrightFind On January 24, 2020 Leave a response 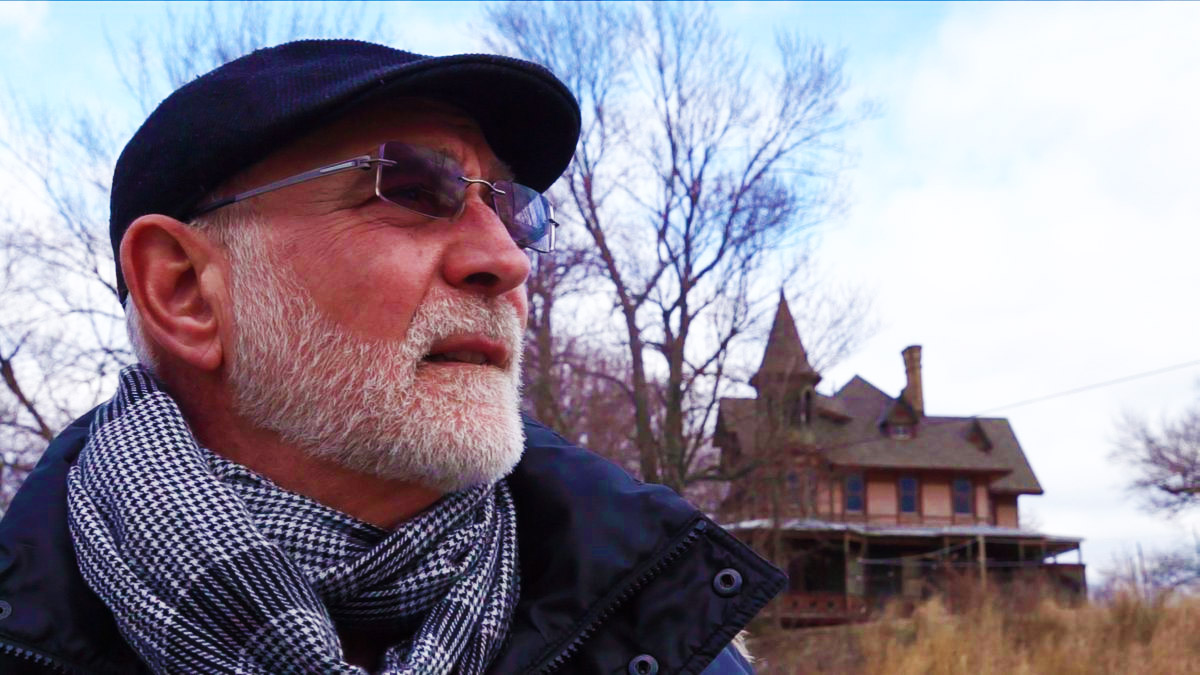 Ed and Lorraine Warren are without a doubt the most famous paranormal investigators of all time. Together, the husband and wife pair investigated some of the most violent hauntings in the world, including the Amityville Horror, the Haunting in Connecticut, the Smurl Family Haunting, and the Enfield Poltergeist. Over time, the pair accumulated an astonishing amount of paranormal and supernaturally charged objects that reside in their own household called the Warren Occult Museum. However, this occult museum is not the only one located in the New England area. Paranormal investigator John Zaffis is the nephew of both Ed and Lorraine Warren, and he has accumulated a vast amount of haunted objects.

Based in Stratford, Connecticut, people come from all over North America and beyond to bring Zaffis whatever presumably haunted object is making their lives absolutely miserable. His personal objective behind the existence of the museum is to educate people on all the different types of haunted items that are out there in the world. He has stood very firm in trying to tell people, who might be looking for help, that haunted items are not exclusive to just a singular belief system or religion. Zaffis stresses that these sorts of haunted items can happen to anyone of any faith and that there are people out there like him who are there to help. However, before any object is just handed over by someone and accepted into his museum, Zaffis first takes it out to a small barn on his property. The object is typically kept there under lock and key until he returns with large quantities of holy water and a prayer book containing certain binding spells. He repetitively and religiously blesses the object to the point where any initial negative energy is thwarted. With objects containing a deeper, and darker energy his binding spells help to keep it in place before it can escape and wreak havoc on those around it.

In educating people on the types of objects out there, Zaffis stresses that everyday objects can be used by evil spirits to harbor dangerous negative energy. Mirrors are one such common object that he tends to see a lot of at the museum. According to Zaffis, mirrors are in fact able to hold energy, by becoming trapped somehow between the glass and filament that binds it together in the back. Spirits can definitely be trapped inside of mirrors and they are particularly effective for conjuring spells. Everyday household objects like mirrors are not the only thing that he has large quantities of in the museum, the other is dolls. 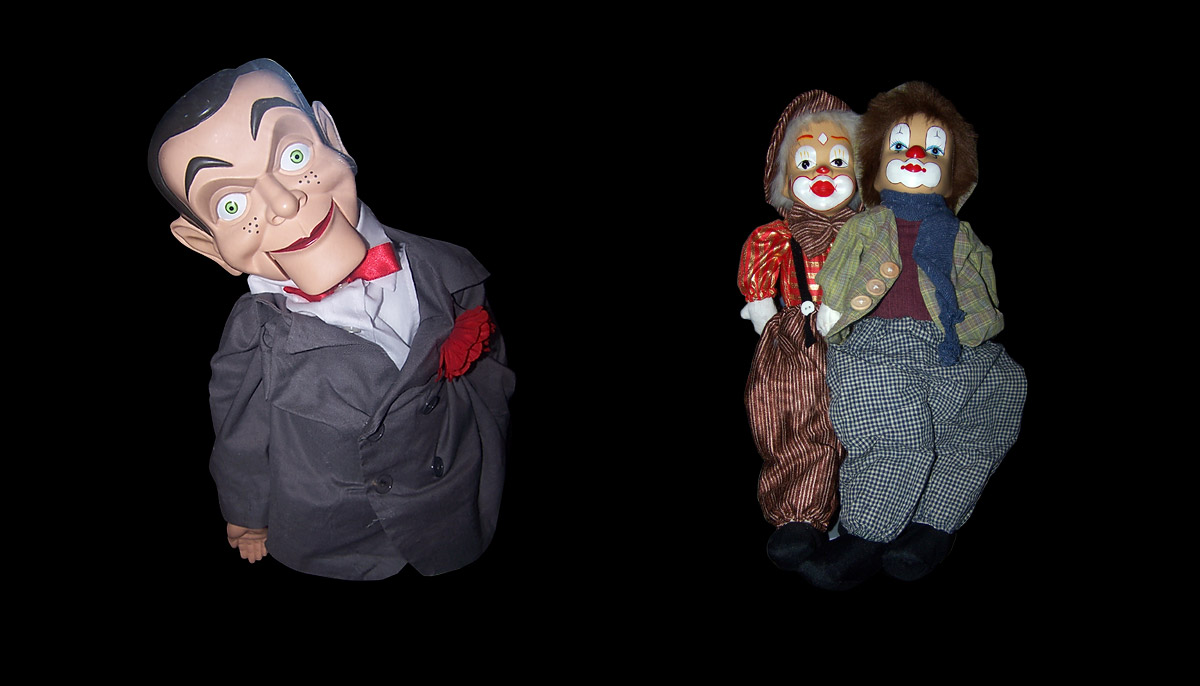 Simon and The Boys

While his aunt and uncle perhaps have the most famous haunted doll, Annabelle, Zaffis certainly has some that are enough to give her a run for her money. One such display in his museum is a little pair of hobo-clown dolls that he has dubbed simply, “The Boys.” Innocently enough they were purchased at a thrift store by a woman who brought them home before noticing an uptick in paranormal activity there to the point she was nearly going insane. He displays them to show how innocent little items like that can still have a dangerous effect.

Another is a ventriloquist dummy named Simon, who has piercing green eyes and a wicked smile. It was a gift for a child, whose parent one day noticed the doll talking and moving its mouth without anyone operating it. Perhaps the most sinister doll there is named Chiefy, who resembles that of a miniature voodoo priest in ceremonial garb. Zaffis says that a woman purchased the doll and took it home, only to witness an overwhelming amount of negative energy manifest. She was bitten, scratched, and harassed by unseen forces to the point that she herself needed an actual exorcism to combat the forces hidden away in the doll.

Delving deeper into the museum there is a vast assortment of other haunted objects. There is a white wedding dress that was once worn by a hopeful bride who was strangled on her own wedding day. Many years passed before the dress was resold and the new buyer eventually took it to Zaffis where he had someone do a psychometry reading on it.  Mid-way through the reading, the reader felt a choking sensation along with a cold grip around her throat. 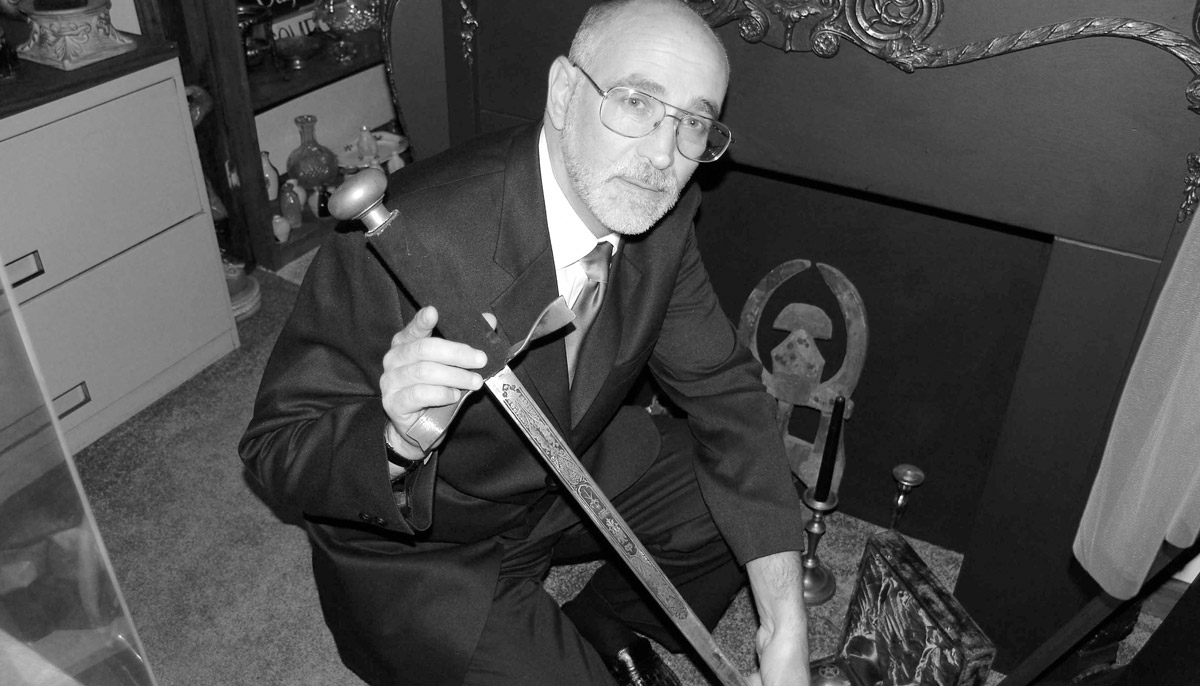 John Zaffis with The Sword

He also has a simple silver jewelry box filled with innocent looking jewelry. Perhaps the most haunted item in his possession is that of an antique sword. A woman brought it to him after divorcing her husband, but he gave the sword to his son as a gift instructing him to keep it posted up on the wall in his room. Later the boy’s mother saw a black hooded shadow figure in her son’s room gathered around the sword. Upon investigating the object, Zaffis confirmed that there was indeed Satanic inscribed writing on the sword as well as mysteriously cursed objects built into the handle.

The museum is kept on his private property and not formally open to the public, however, Zaffis has given rare glimpses inside one of the most haunted collections in America. Most often, people call him up for a paranormal investigation leads to them taking the haunted objects home with them. Zaffis does get calls to go collect haunted objects, but after picking them up he says he always is plagued with mysterious car trouble.