The Most Terrifying Time Of Your Life! 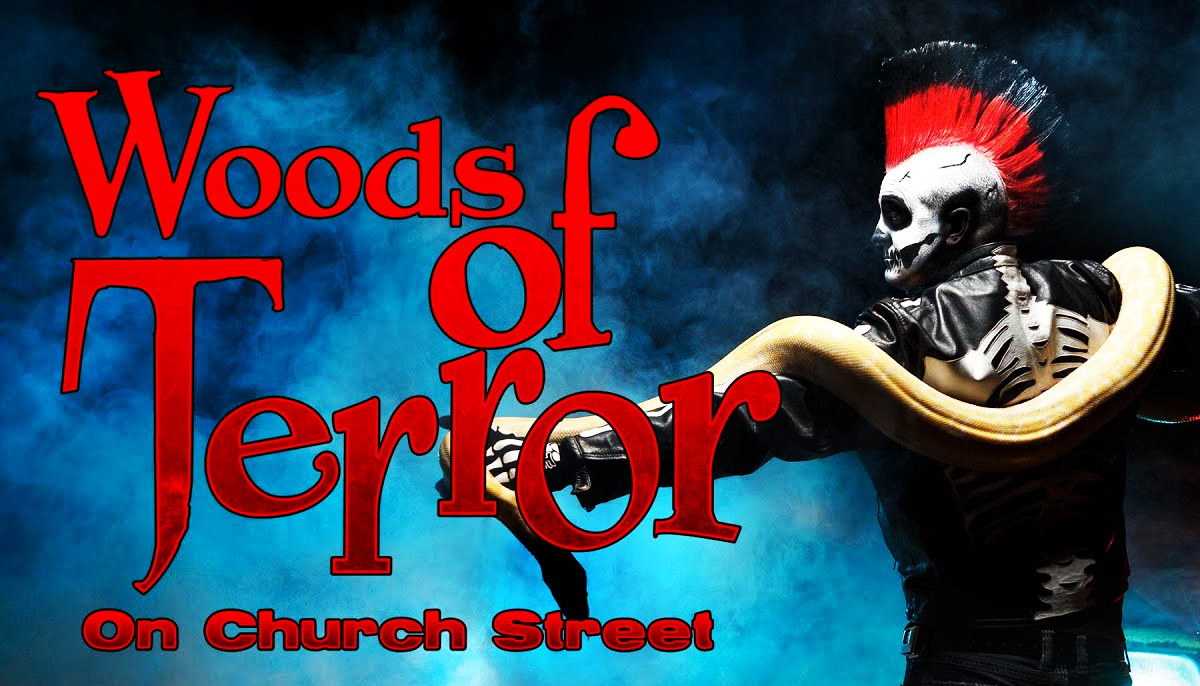 Profiled by MSN, USA Today, and Buzzfeed, Woods of Terror in Greensboro is more than just a haunted attraction, it’s a haunted theme park!  Dive into a modern-day horror film special effects quality park where nearly two hundred actors make it their personal mission to scare you senseless.  This haunted park contains exactly twelve haunted areas to choose from. Arachnophobia will introduce you to the creepiest and crawliest things in the dead of night.  The Blood House is home to a pick of thirsty vampires looking for unsuspecting humans of the night to feast on.  Blackout Terror will have you crawling around a most maniacal maze in total darkness.  Get there early every night so you don’t miss out on the Midway Monster parade that kicks off every night of screams.

FrightFind It: Woods of Terror in Greensboro, NC
Runner Up: The Darkside Haunted Estates in Middlesex, NC

20+ years of haunting North Carolina and still adding new attractions. They have everything from Fright Trail and Mayhem Hayride to JoJo’s Clown Town.

“Laser Tag The Infection” is included with all tickets!

They have so many attractions you should probably show up early.

One of the oldest haunts in North Carolina.

This place is like a haunted Hollywood, meet R.A. Mihailoff aka Leatherface and David Howard Thornton aka Art The Clown!

This is a guided haunt with experienced guides who are part of the show. This haunt has been around for 40+ years so expect to be entertained.

Admission gets you into four haunted attractions. 12-year-olds and younger are not recommended! Have they met my kids?